Since it opened in 1975, Cliff’s has become a choice part of the landscape along Route 46 in Ledgewood, New Jersey, just a hop off I-80. It is a modest-sized drive-in with a large parking lot and a grove of picnic tables in back. Its claim to fame is ice cream. It’s thick and creamy, but not so butterfatty to preclude two scoops or three one evening, then crave a skyscraper cone the next day.

Hard ice cream flavor range from the familiar to such extravaganzas as Graham Central Station, Sticky Buns, Holy Cannoli, and Double Dark Chocolate Fudge Crunch. Cliff’s also boasts a half dozen kinds of soft-serve. The ones I have sampled are dense and rich, although not as full-flavored as they feel. 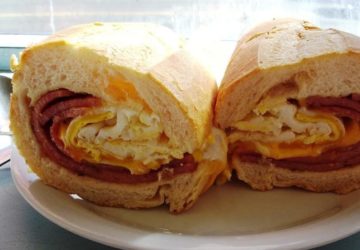