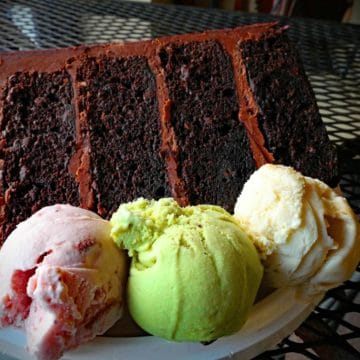 Can there be a culinary joy more universal than licking ice cream? It is known by children and adults, sophisticates and naïfs; and there is no part of the country that doesn’t boast unique and wonderful ice cream parlors. Especially noteworthy is New England, where despite the weather, people eat more ice cream per capita than anywhere else. Consider that New England is home of Howard Johnson’s (which got famous boasting of 28 flavors), Ben & Jerry’s, and some of the finest artisan ice cream makers in and around Boston. In many New England villages, the independent ice cream maker is as highly regarded as the town pitmaster in North Carolina or the blue-ribbon pie baker in Iowa.