The Ocean State is known for seafood. It also happens to be chicken-dinner country. (The Rhode Island Red Hen is the official state bird.) All around Woonsocket, in the Blackstone Valley north of Providence, the nation’s smallest state sports big restaurants that serve gigantic meals built around boundless bowls of roast chicken. Sides always include pasta and fried potatoes, a garlicky salad and baskets of bread. For the culinary adventurer in America, one of these mighty meals — dished out family-style, all-you-can-eat — is an essential rite of passage.

The state’s habit of abundant poultry feasts – an inland echo of its passion for multi-course shore dinners – originated at the Bocce Club in the 1920s when the Pavoni family began serving dinner to friends who came to their house to play bocce. Today’s biggest purveyor of chicken dinners, and one of the largest restaurants in the nation, is Wright’s Farm, which actually began as the chicken farm where the Pavonis bought their birds. Every night it is open, Wright’s Farm’s 75 ovens send out over a ton of chicken to six cavernous dining rooms that can seat over 1200 people at one time. The Bocce Club is famous for its Rhode Island dinner of roast chicken bathed in butter and olive oil and seasoned with rosemary, served with all the fixins. 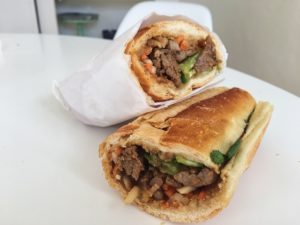