Anaheim is one of the most visited towns in the United States, but there is more to the area than just theme parks.  Great local, cheap Restaurants Near Disneyland and Knott’s Berry Farm are plentiful if you know where to look. Here are our picks for the 7 best casual restaurants near Disneyland.

Near the Park Burgers and Island Flavor

Glee Donuts and Burgers is one of the best Restaurants Near Disneyland to experience the classic combination of donuts and sweet Vietnamese coffee as well as a soft shell crab burger. Matiki Island BBQ is one of the best authentic Hawaiian smoke-shacks on the mainland. Right at Disney’s door is OC Tasty Chicken and Banh Mi. They offer excellent Vietnamese sandwiches with organic chicken.

While you’re in Orange County, you should make time to experience two of America’s best ethnic food boroughs, each are only a few miles from the theme park. First, in Santa Ana, you can find some of the best Mexican in the country, for corn based plates, go to Sariñana’s Tamale Factory, if you prefer flour tortillas, check out Burritos La Palma.

Finally, another Restaurants Near Disneyland is in Westminster there are cultural influences of Korean, Chinese, and most prominently, Vietnamese immigrants. Grab a bag of crunchy, golden Vietnamese egg rolls at Phuc Loc Food to Go. Don’t you dare leave Southern California without trying a Chinese beef roll. Peking Restaurant does them better than anyone. Note that each of these restaurants is in a strip mall. Be prepared to circle some treacherous parking lots. Peking Restaurant makes excellent American style Northern Chinese food of all sorts, including its beef roll, which is a popular Chinese-Californian original. Matiki Island BBQ is good enough to make anyone start craving Hawaiian food. It features special-occasion home cooking, but it can be picked up in minutes. Boasting some of the best flour tortillas anywhere, Burritos La Palma is regional comfort food for those that grew up eating Tex-Mex. Tasty Chicken & Banh Mi is just that: Combine the two for a sandwich or enjoy them on their own. Also try a potent lemongrass beef sandwich. Quick, simple, and inexpensive, Phuc Loc is a cherished snack shop because its specialty is an American favorite, the egg roll. Genuine Vietnamese fare, as well. Glee Donuts and Burgers does both with gusto & with fun twists on each. You can get a simple burger, classic donut, or something utterly original. 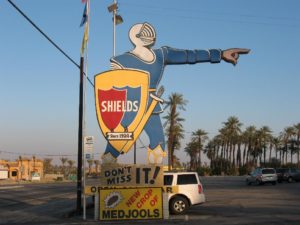