The world of snack chips has exploded exponentially in the last several decades. For many years before that, there were potato chips (since the late 19th century) and ripple chips (since 1921), and that was about it. In the 1950s, cheese/onion and salt/vinegar chips were introduced. Then, in 1980, along came Cape Cod potato chips, whose “kettle-style” chips are thicker and sturdier; and the floodgates opened – for artisan chips of all kind. And flavors beyond belief. Today’s potato chip shelves hold chips that taste of barbecue or dill, as well as cappuccino, bloody Mary, or lobster roll. While fried corn chips (“fritos”) were a Mexican snack food going back decades if not centuries, it was in 1932 that Elmer Doolin started making what soon would become known by the brand name Fritos. Sixteen years later, Doolin’s company invented Cheetos. 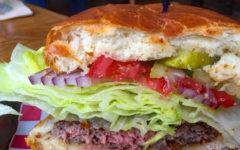