Generally speaking, cornbread tends to be sweet in the North and more savory in the South, but subtle differences abound. In the South, it may be dotted with cracklins, and it sometimes appears in form of corn dodgers, which are oval or tubular little corn cakes that may be cooked in cast iron molds that make them look like little ears of corn. In much of the Mid-south, when you ask a cook for cornbread you will get what is, in effect, a flat, griddle-cooked corn pancake. Although it is not all that popular in the far West, much of the cornbread we’ve had in that region is sweet and fluffy, almost like corn-flavored angel food cake. 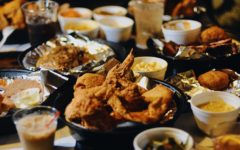