Saw’s website describes the restaurant’s amenities as “plastic cutlery, disposable dishes and eclectic décor reflecting a hodge-podge of sports teams, license plates and anything related to ‘pig art!” In other words, it is a well-crafted dive, located on a strip of respectable businesses in the Birmingham suburb of Homewood.

Chicken is a best dish, the bird impossibly tender with burnished mahogany skin from its extended smoke bath. It comes adorned with Alabama white sauce — a thick mix of mayonnaise, vinegar, and pepper that is chicken’s best friend. (But not pork’s; for that, there is tangy red sauce.)

In addition to its traditional meat menu, Saw’s serves what has become a popular item at local BBQ parlors: stuffed baked potatoes. They come as basic bakers with butter, sour cream, and cheddar cheese, and in a variety of configurations such as chili-stuffed, pork-stuffed, chicken-stuffed, and strictly vegetable-stuffed. Another non BBQ item worth a taste is Saw’s Carolina Dog. It’s what’s known in some places as a Dixie Dog, meaning topped with spicy chili and sweet cole slaw. The hot dog itself is very good: a dense, spicy sausage with crisp skin that snaps when bitten.

Note: Check the Saw’s website for its three other locations in and around town. 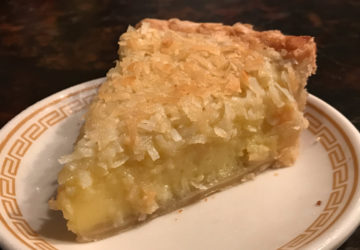 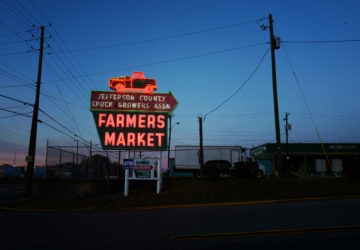