Open since 1887, Lyndell’s is one of the oldest bakeries in the United States, but its treats taste as relevant as ever today. Soft cakes and creamy frosting are timeless. Many darling bakeries in America’s hip neighborhoods could stand to learn a thing two from Lyndell’s exquisite cakes.

Lyndell’s started as a Swedish bakery, founded by Birger Lindahl, who adapted his name to a phonetic spelling and transformed an old bread bakery into a cake shop. In the 130 years that Lyndell’s has been open in Somerville, it’s changed owners several times, but some of the recipes and machinery have stayed preserved by proprietors fearful of wrathful customers.

The bakery is old-fashioned, yes, but not stale. The take-a-number system is about a century older than digital technology, and cake boxes are tied up by an antique machine that looks like a loom. However, it’s bright and surgically clean inside.

With time, the bakery has also developed recipes for regional favorites that have been created elsewhere in Boston, such as Boston cream pies. Italian and Irish favorites, like cannoli or soda bread, are also baked to serve various local ethnic communities. Through it all, Lyndell’s still makes a mean Swedish butter cookie.

The signature item is half moons. These are different than the black-and-whites you find at Jewish delis: fluffier cakes piled so high with frosting that they become domes. Good as they are, the pile of icing is a bit overwhelming. A simple solution is to get a cupcake instead. This takes the same icing and cake and adjusts it to a more reasonable ratio. Thinking back to the artisan cupcake craze, we can recall no fancy cupcake that tasted as good as the simple golden cake with chocolate frosting at Lyndell’s.

The Boston cream donut is also very good, elevated by superb icing work. The donuts aren’t intended to steal the show — donut frying is its own art form — but we were pleasantly surprised at how good their bismarcks are.

We typically eat cake only on birthdays and weddings, preferring simpler sweets. We took a few of Lyndell’s plainer looking cookies to better reflect our everyday bakery order. We were very pleased with what we got. The molasses cookie is spicy just barely sticky. The praline cookies are chocked full of nuts and rich with their flavor. The thumbprint butter cookies tastes like great-grandmas. The chocolate chip cookie is a different sort, not the type we’re used to. These days, buttery soft versions have become commonplace. This one is a crisp, perfectly symmetrical cookie with toasted edges and chips that never melt: stoic, but not too dry. 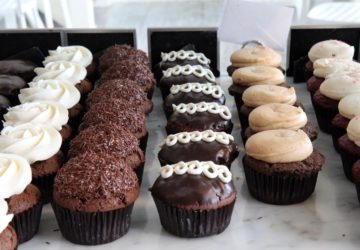 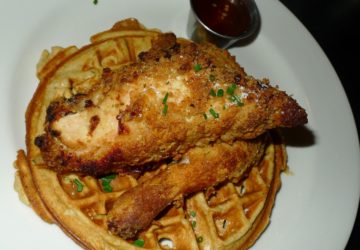