A Michigan is a small, juicy frank bedded in a trough-shaped, cream-soft bun and topped with mustard, onions and a vivid fine-grind beef sauce. It’s a regional specialty you’ll find in upstate New York between the Adirondacks and Lake Champlain, primarily in Plattsburgh, as well as in Vermont and up into Quebec. It is a close cousin to the New York System wieners of Rhode Island and to Coney Island hot dogs throughout the heartland.

While many vacationers think of Michigans as summertime food, Gus’s serves them year around. Starting in 1951 as a simple hot dog stand, Gus’s has grown to a three-meal-a-day restaurant with a full menu that boasts, “The restaurant features just about everything [even Lake Champlain perch], including their famous ‘Michigan red hot,’ which they invite you to try while dining.” Each Michigan is presented in a cardboard boat. The heft of the sauce contrasts with the fluffy bun and fatty frank, and while each separate ingredient is inarguably ignominious, the combo is taste-buds magic – especially when topped with a line of yellow mustard and a scattering of crisp, chopped raw onions. The Michigan is definitely the way to go: the meat sauce is delicious, and piled so high you think there’s no way you can possibly eat the thing with your hands. Pay the extra fifty cents to get the Glazier Redskin in place of the standard wiener, though; as our waitress said, “It’s a little snappier.” This refers to the texture, not the flavor. The skin is a bit more firm so it has a nice give. Also, if you get two wieners they come in a basket with two sides for $7.95. I got the coleslaw and the macaroni salad but they were kind of redundant. Next time I would get the slaw and the fries that my husband got with his club; they were lightly battered and crisp.

Gus’s has always been a favorite stop of mine on the road to Montreal. Gus’ is located on the edge of Cumberland Bay State Park on the Plattsburgh, NY side of Lake Champlain, off Interstate 87. The 24-hour, year-round ferry across the lake from Grand Isle, VT to Plattsburgh, NY is a 20-minute trip and docks right down the street.

Gus’ is a great place to grab a couple of Michigans and a drink for well under ten bucks, and jump right onto I-87 north, and within 20 minutes you are at the Canadian border. This establishment is a true Roadfood gem, and has been serving their version of Michigan Red Hots since the late 50’s. 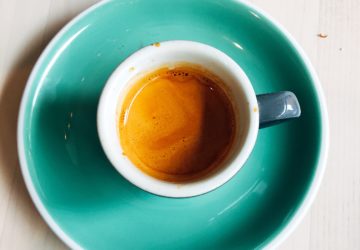