I woke up to more of the same. That’s more on and off rain. Except today it was chillier than it was the day before. I almost thought I was back in Rhode Island.

I started out my day with a return to 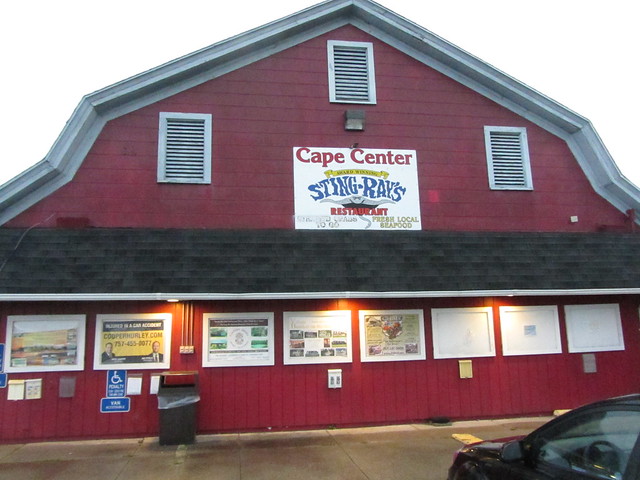 Not quite the hustle and bustle of Saturday evening. I think there was one or two other customers who were there. Like the day before,  already knew what I wanted. 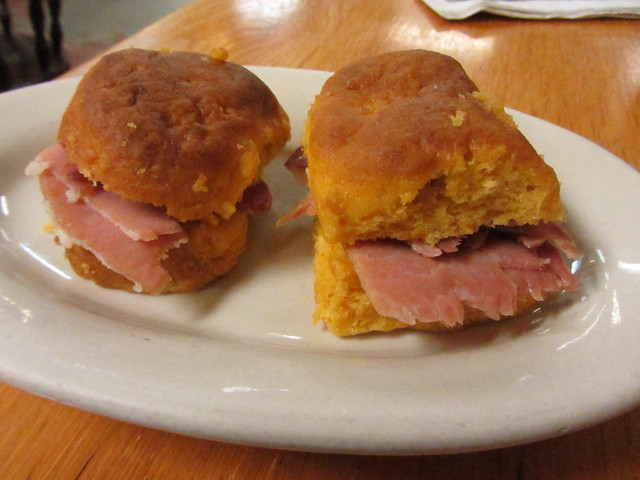 Light and airy warm sweet Potato biscuits with thin slices of salty country ham.  The biscuit itself had a subtle sweetness that seemed to clash with the country ham. For some reason I thought the biscuits would be larger and denser, but then again for around a buck fifty a pop, why should I complain? 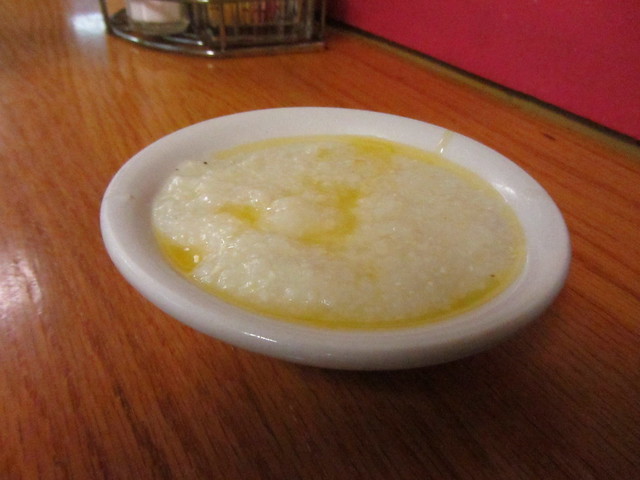 I also got some buttery grits to enjoy on the side…

breakfast wasn’t quite the hit that dinner was the night before but then again how many meals can be?

After breakfast, I headed into the heart of town to the Cape Charles Coffee House.
When I arrived there were employees waiting outside for the owner to show and let them in. Shortly after I got there, the owners arrived.  As it turns out the owner is orignally from Yonkers by way of California.  So we got to talking about NY. Other than that the coffee was adequate.

I walked up the Main Street and walked towards the beach for another stroll. 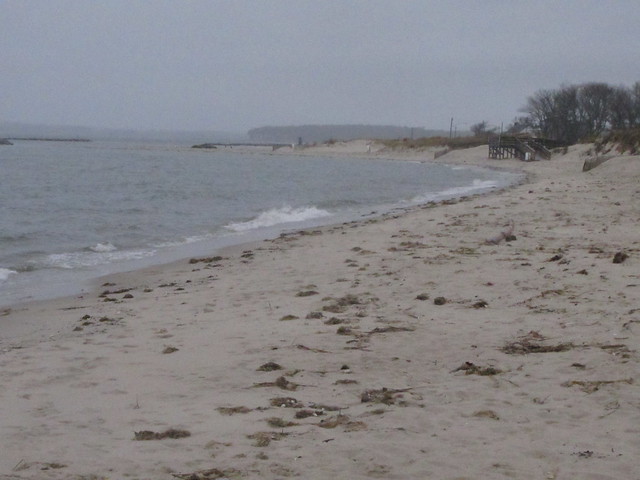 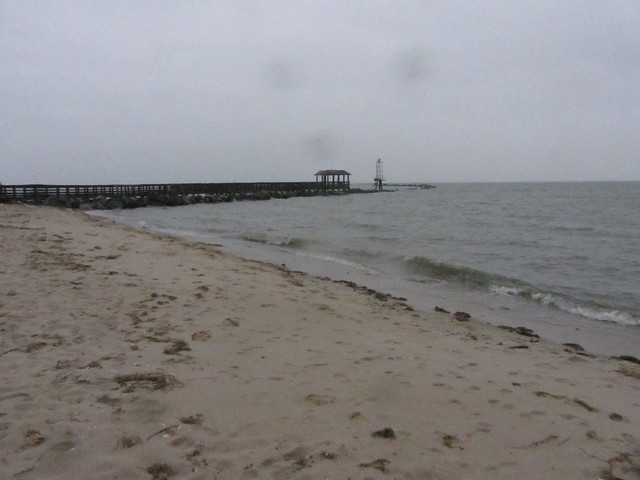 As you can see it was a gloomy day…

It would have been nice to explore more of the eastern shore, but I had a whole day ahead of me planned, back on the mainland..

I took the Bay Bridge back to the Mainland and headed to Williamsburg.. Unfortunately there would be no sightseeing in Williamsburg on this trip (see my trip report from 2003 for that) however I was on a mission. 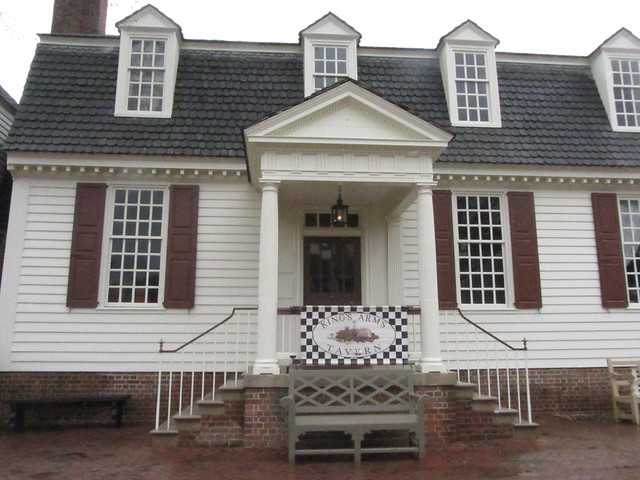 at the Kings Arm Tavern

I’ve never been to the taverns before, and honestly  after looking at the menus the meals appear to be awfully expensive. 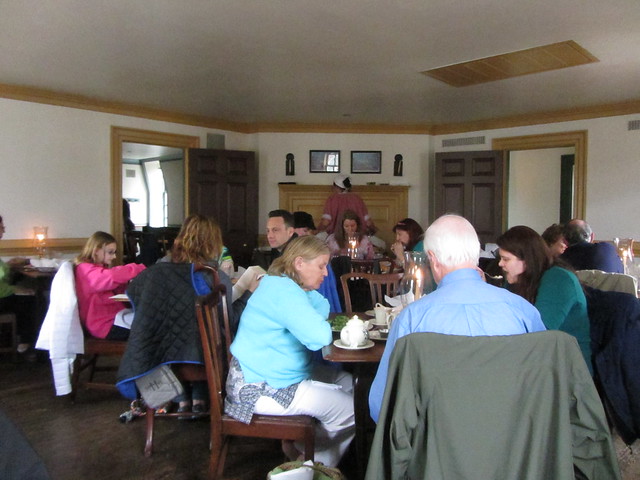 Inside, you will observe the waitstaff in period dress..
I wasn’t planning on lunch here, at least not an entire meal. I was here for one thing and one thing only…