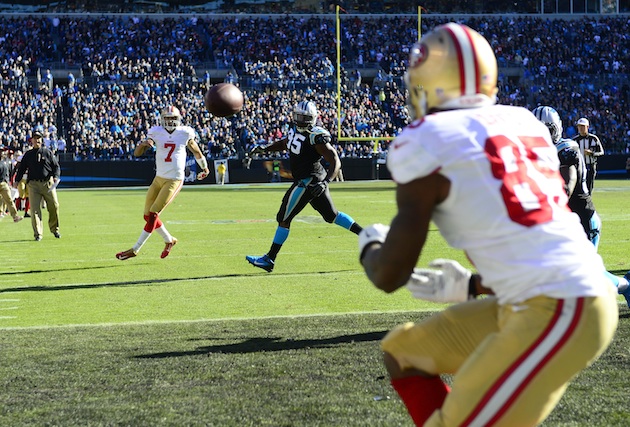 I just went through the 2013 NFL Rules Book and was unable to find a single provision for an ejection of a coach. I did find, not in the rule book, that there has never been a coach ejection in the NFL.

Rule 13-1-2. Illegal conduct by non-players (also exclusion for flagrant violations), i.e. non-players going on field without permission (other than team attendants during a team time out).

Any unsportsmanlike conduct is a fifteen yard penalty and the officials have the option of ejecting for flagrant violations.

Coaches are not even supposed to step on broad white sideline. Harbough was on the field during the play.

And then he ran to an official near the hashmarks to protest. There is no challenging a play within the final two minutes of each half of the game. That constitutes a flagrant violation.

Here’s another one you may not be aware of. There is a rule regarding excessive crowd noise.

The home team cannot be penalized for crowd noise but they can be charged with a time out.

Seattle’s twelfth man might be in for a surprise.