For Michigan, the article lists the 165 yr old White Horse Inn in Metamora as the oldest restaurant in the state … a nice place and old, for sure … but my absolute favorite old restaurant in Michigan is the 186 yr old Eagle Tavern in Dearborn.

Though it has had name and ownership changes and the building was even moved once
(by Henry Ford to Greenfield Village), it is absolutely still my favorite really old establishment for a shrub or a glass of hock or a tankard of ale.

Originally known as Parks Tavern when built in Clinton, Michigan, around 1831, the inn
was renamed the Eagle Tavern in 1849 and the name remained until the Civil War, when it
became the Union Hotel.
In 1850 Calvin C. Wood and his wife, Harriet, owned and ran the the inn and tavern.
Walter Hubbell Smith purchased the inn in 1864 … and it was his daughter and heir, Mary
Ella Smith, that sold it to Henry Ford in 1925 who renamed it The Clinton Inn.
In 1982 the name was changed from the Clinton Inn back to the Eagle Tavern. 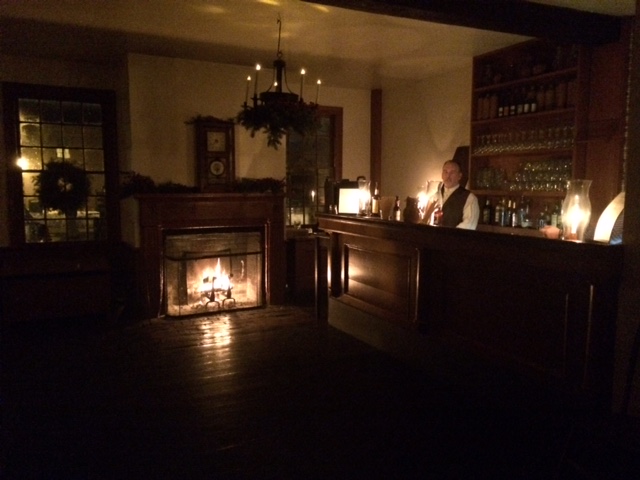