Soak the beans in at least 2 quarts of cold water for about 2 hrs. Drain the water.

Put the ham shank pieces in a large pot and cover with water. Bring to a simmer and simmer for about an hour. Add the chopped vegetables and beans. Cook for another hour, until the vegetables are soft and the ham meat easily pulls away from the bone.

Rinse and sort the peas and barley, add to the water, and bring to a boil. Then turn off the heat and let sit for 1/2 hour while you prep the other ingredients. You could add the ham hocks now if you want, but score them first. I would have preferred to use a ham bone, with lots of meat left on it for this soup, but smoked ham hocks are cheap, and add the flavor you’re looking for.

Pull out the ham hocks, putting whatever meat is on them back into the pot. With a piece of good bread, a bowl of this stuff is an entire meal. 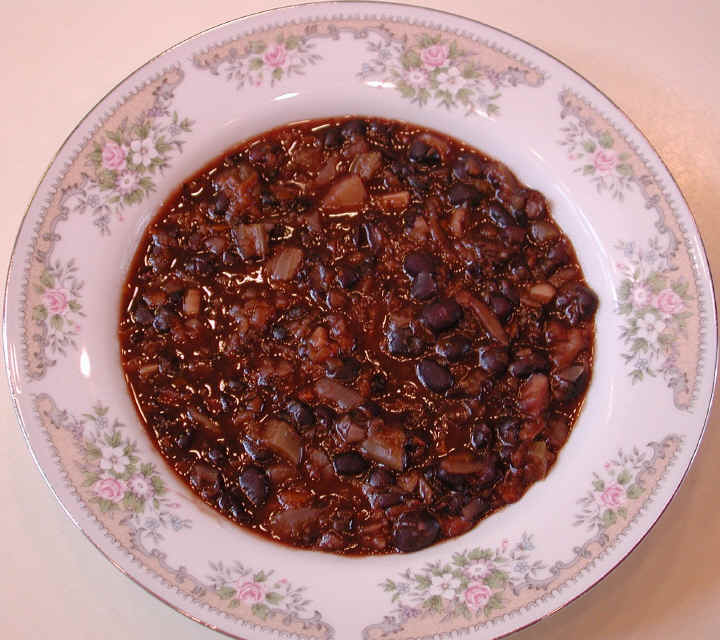 When the soup is ready to eat, add the Lemon Juice and thinly sliced Lemons and cook for another 10-15 minutes until the Lemon slices begin to soften.

Note: The combination of the Lemon and Hot Pepper is an excellent salt substitute; thus, salt is not included salt in the ingredients list. If someone desires salt, it can be added at the table.