Ray & Mike’s is on Whitney across the street from the newish Irish Heritage Museum.  It’s a favorite with the Quinnipiac students and is known for their steak and cheese among other things. Two of the most popular items at Ray and Mike’s are the Blue Dream (steak, cheese, hot sauce, bacon, and blue cheese) and the Quick Wich which is steak, cheddar cheese and mac and cheese on top. Another specialty sandwich and personal fave is the Cluckin Russian with a cutlet, bacon, meunster cheese, and Russian Dressing.  They have decent breakfast sandwiches but they’re a little light on the bacon in a bacon, egg, and cheese.  Their Italian combo is superior to Corner Deli but I especially like them because you can get Taylor Ham and Egg. I thought Taylor Ham only existed in New Jersey.  Definitely my favorite breakfast meat topping…it’s like having deli ham and Spam together.  Attached is a photo: 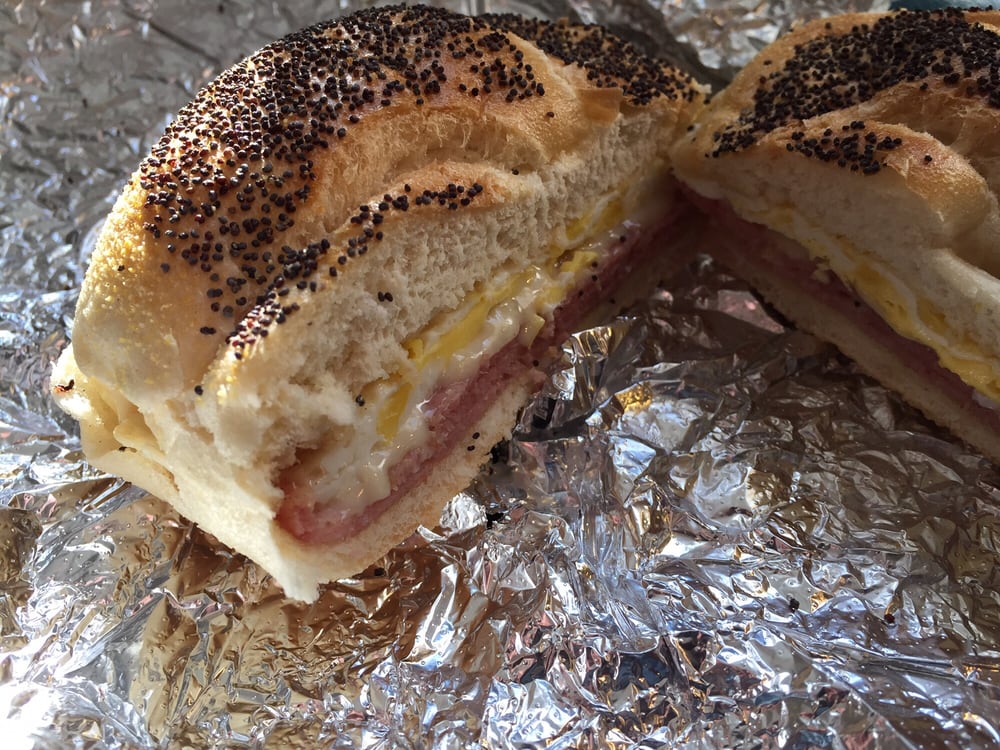 Corner Deli is on Dixwell, across the street from the Public Library and near the Town Hall.  Those more loyal to Corner Deli are firefighters, police, and Town Hall representatives.  Their menu is a bit “fancier” with an emphasis on wraps, salads, and paninis (you can also get your subs on great ciabatta bread provided by a local bakery Bread & Chocolate).  Though the menu is more limited, what they do they do fantastic.  Their buffalo chicken cutlet sub is superior in my opinion and Pastrami Nightmare on rye is another go to.  Daily specials can be found every morning on their Facebook page.

Ray and Mike’s offers a small array of grocery store items as well as cigarettes along with their sandwiches unlike Corner Deli which just sticks with sandwiches, chips, and drinks.  Corner has pretty much every variety of Herr’s chips which is a big plus!  The owner of Corner actually used to be a partner of Ray and Mike’s (he’s the Mike), but went off to do his own thing.  Both do a great business and are very popular with locals.