I had the day off work and decided to hit Vito’s in New Haven.  They had been in my head for a while after I saw consistently high ratings online, and I would have gone sooner, but they’re closed on weekends.

Practically everything in the store – meat, cheese, dressings, pickles, cold salads, everything except the bread – was Boar’s Head, with Boar’s Head signs prominently displayed.  I’ll be honest, it made me a tad uncomfortable, and it made Vito’s seem like less a sandwich shop and more a Boar’s Head outlet.  Perhaps that’s silly, I thought to myself; after all, Boar’s Head wasn’t exactly a bad brand, and if the folks here could make good things with it, did it matter?  Vito’s reputation online seemed unassailable.

After some dithering, I chose the sandwich named “A Bronx Tale”: salami, capicola, prosciutto, fresh mozzarella, roasted red peppers, tomatoes, and olive oil.  Hard roll this time, since I wasn’t quite hungry enough for a full grinder. 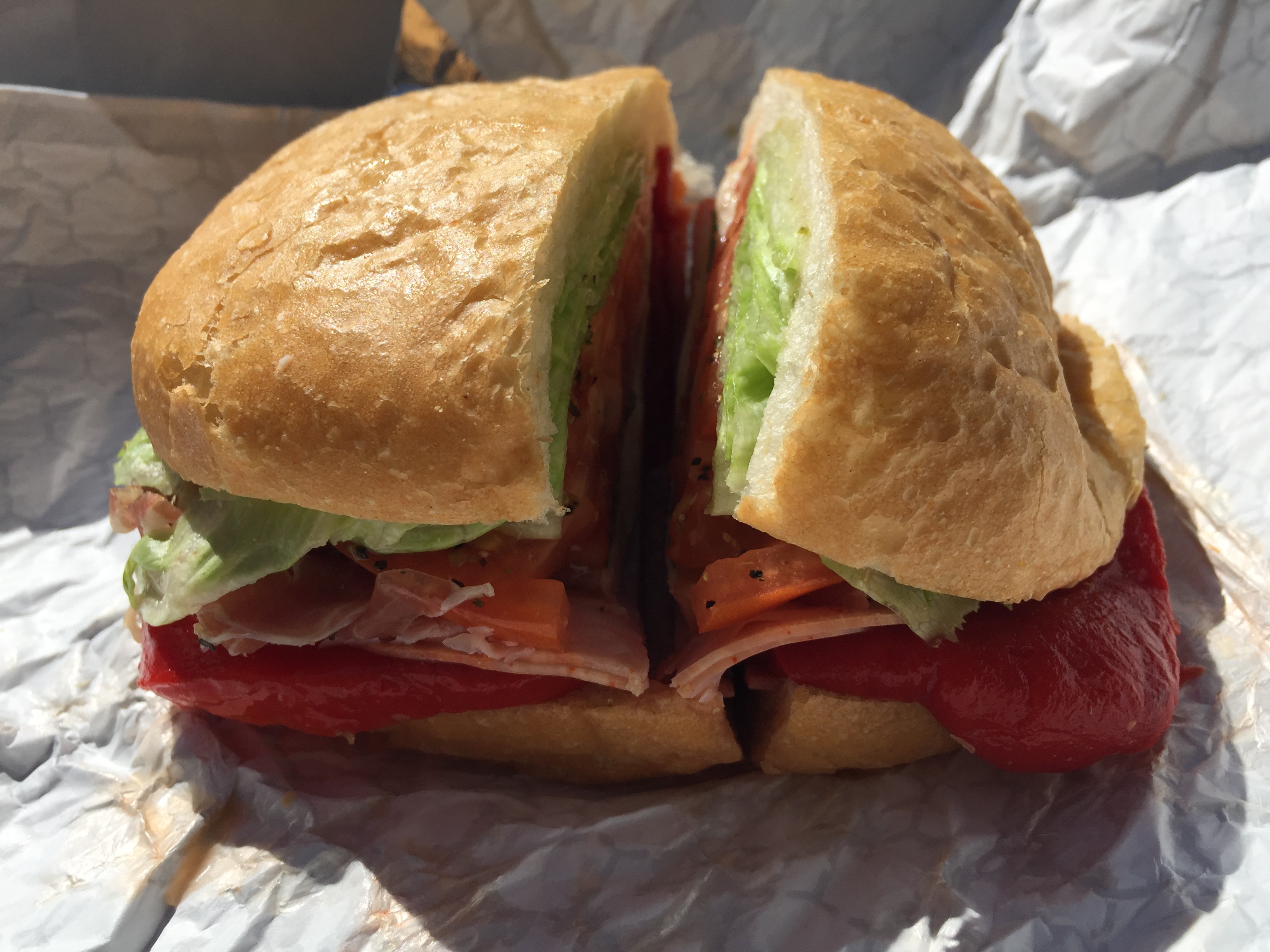 The lesson was clear: build your sandwich from scratch. 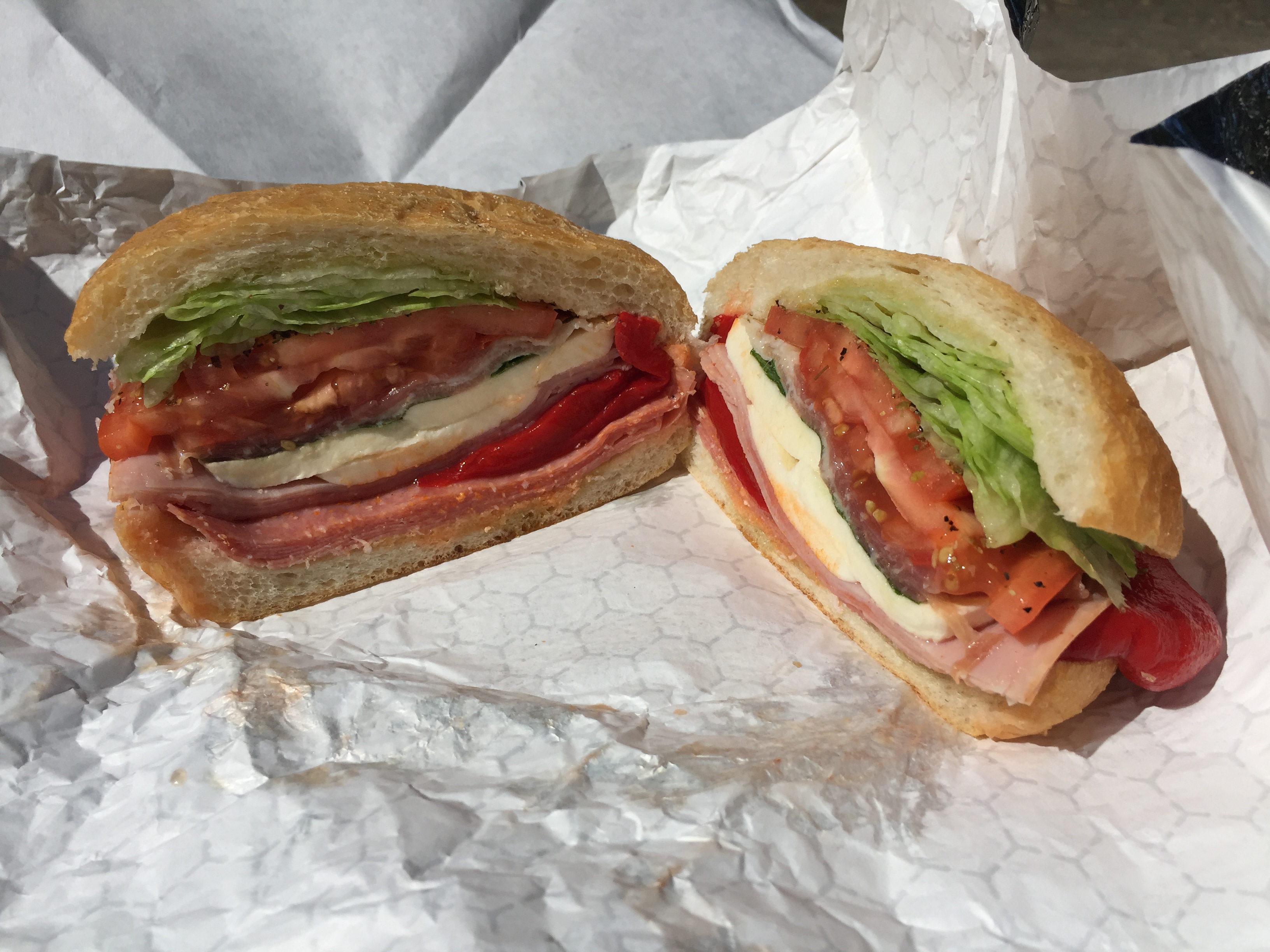 See what’s there?  Unwanted lettuce, and ham instead of capicola, neither of which I got to see until after I’d already left and unwrapped everything.  Sigh. 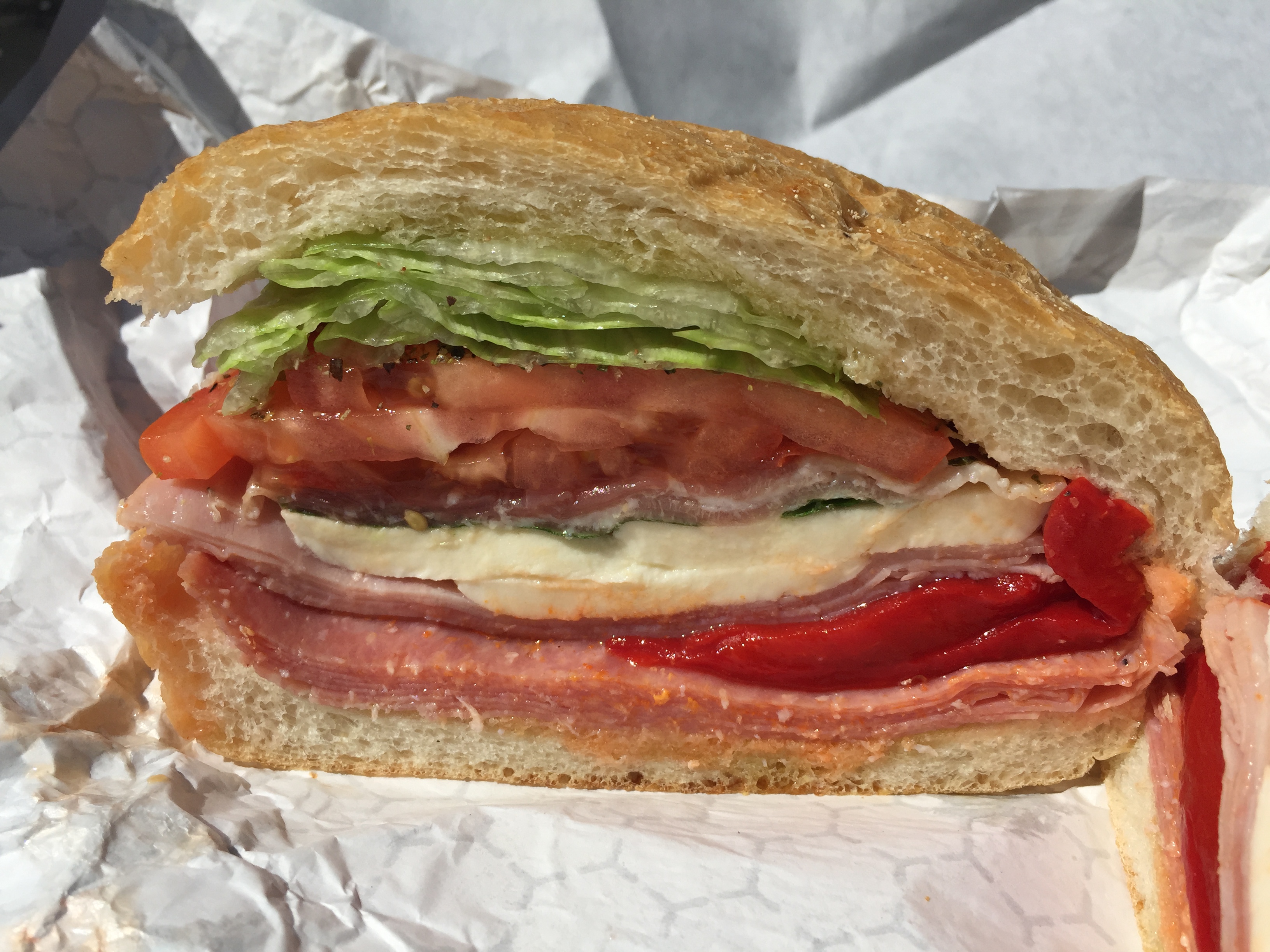 This should have been a lot more special than it was.  The cheese, which is part of the sandwich’s advertised formula, is my fault: a sharper one such as provolone works much, much better in something like this than mozzarella.  (I guess I didn’t mind it on the Cavallo’s sandwich because there wasn’t as much of it to get in the way.)  There was also a harsh bitter taste that I believe was due to a particular leaf of lettuce, possibly the very dark green one that you see above the cheese.

I want to give Vito’s another try, but I don’t know when I’ll have the opportunity, and honestly, when I’m in New Haven, there are other things that I want to eat more than sandwiches.