CJ’s Pizza and Giant Grinders came recommended to me by a Manchester local.  I saw “giant” in the name, and raised my expectations accordingly. 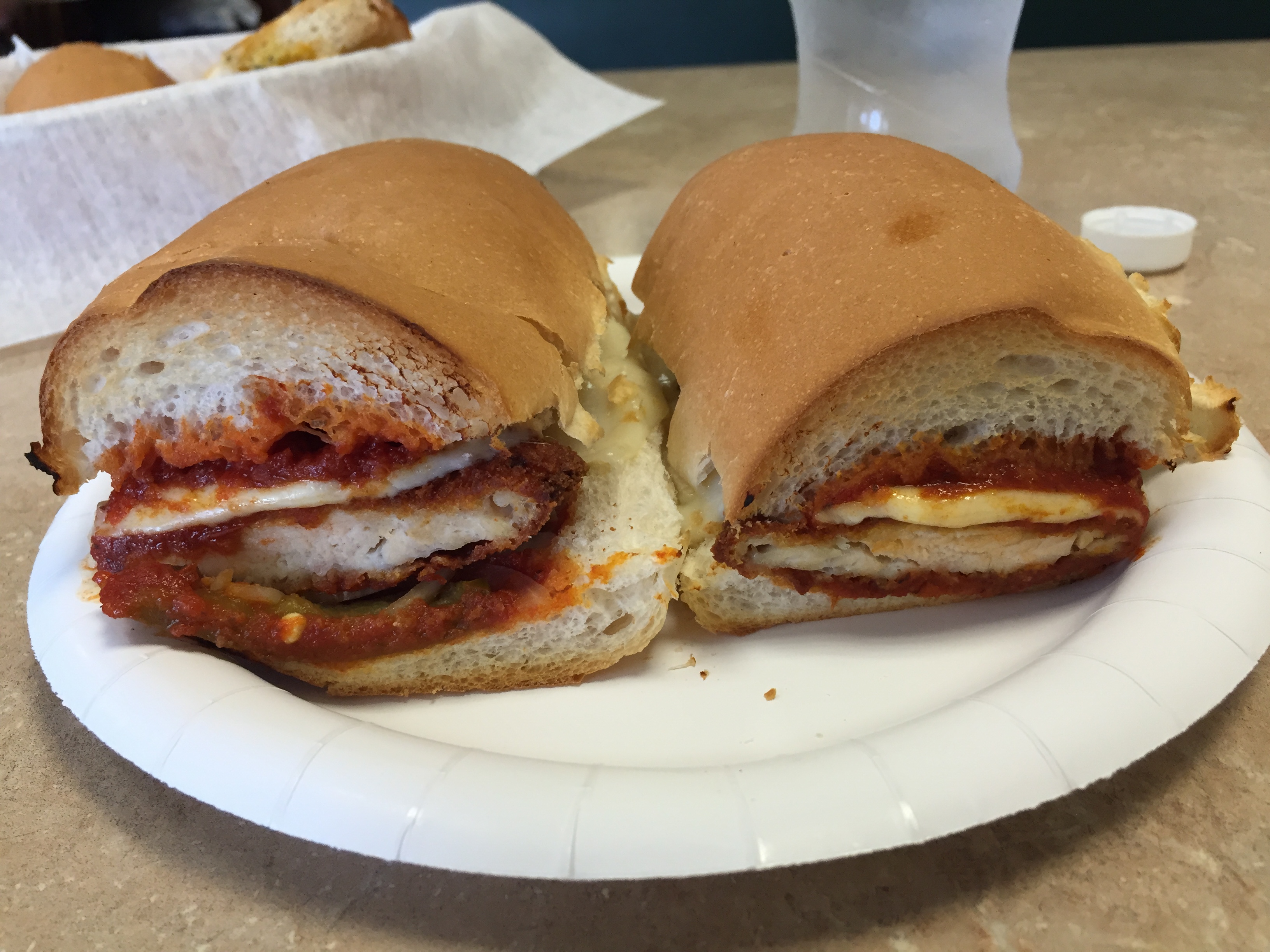 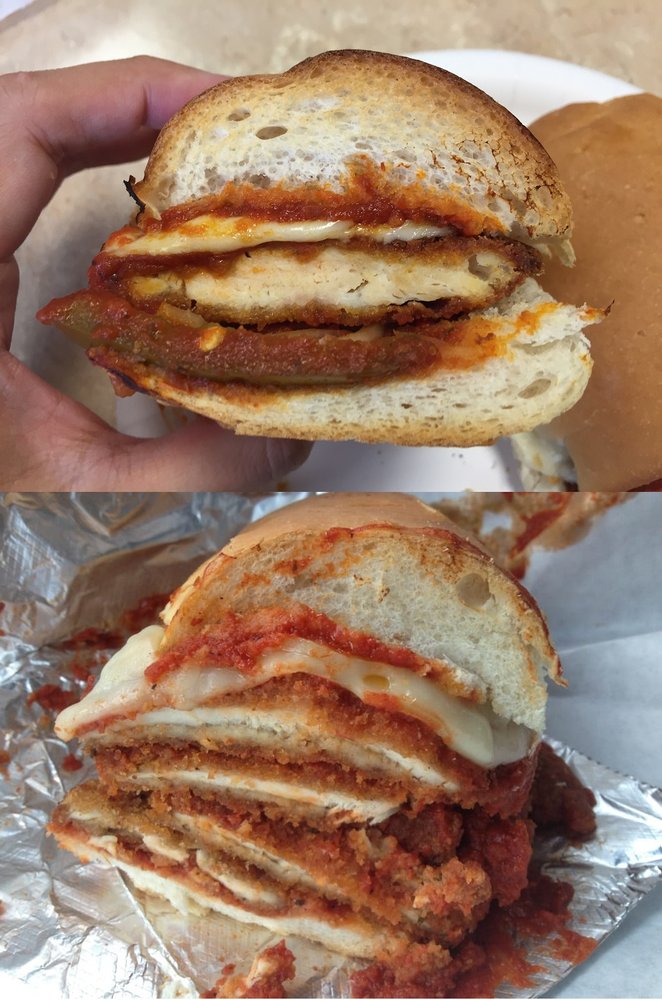 That’s not a “giant grinder” – it’s just a grinder!  They could have made up some points if the cutlet itself had been notable, but it wasn’t.  No standout flavor in the breading or anywhere else.  Sauce was okay.  Nothing that let them get away with using the same lifeless bread that one often sees elsewhere.  Overall, it didn’t seem like anything they took pride in – more like something that was on the menu because, well,  grinder shops have to have chicken cutlet on the menu.

I think this is probably a case of the local not knowing any better.  Or perhaps they have other grinders that are just spectacular.  I won’t be rushing back to find out.