A few weeks ago, I drove down there to visit some friends, try the Eastern State Penitentiary haunted house, and get my first “real” cheesesteak.

Stopped at Broadway Joe’s Pizza in the Bronx for lunch.  They had come recommended by a coworker. 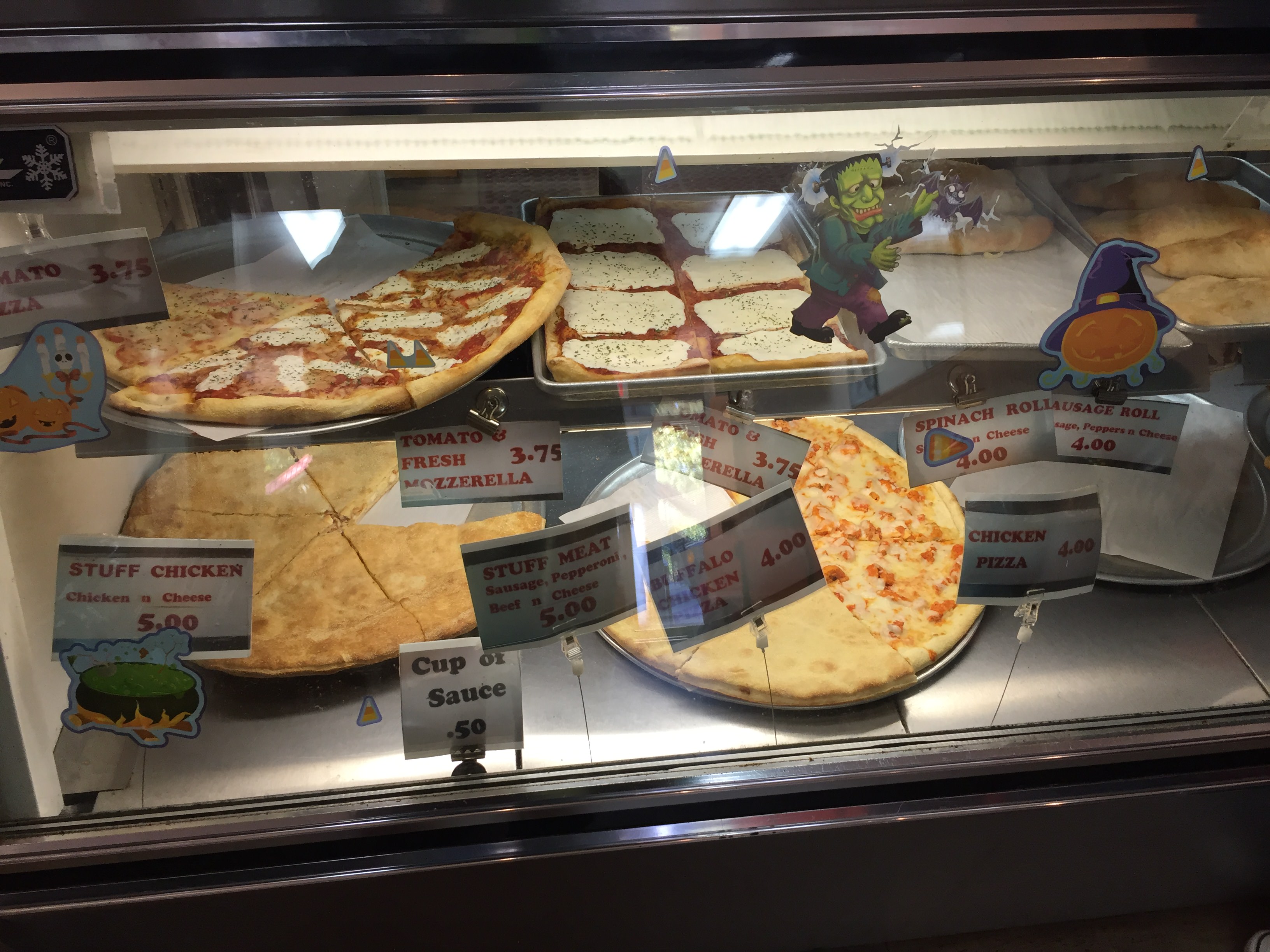 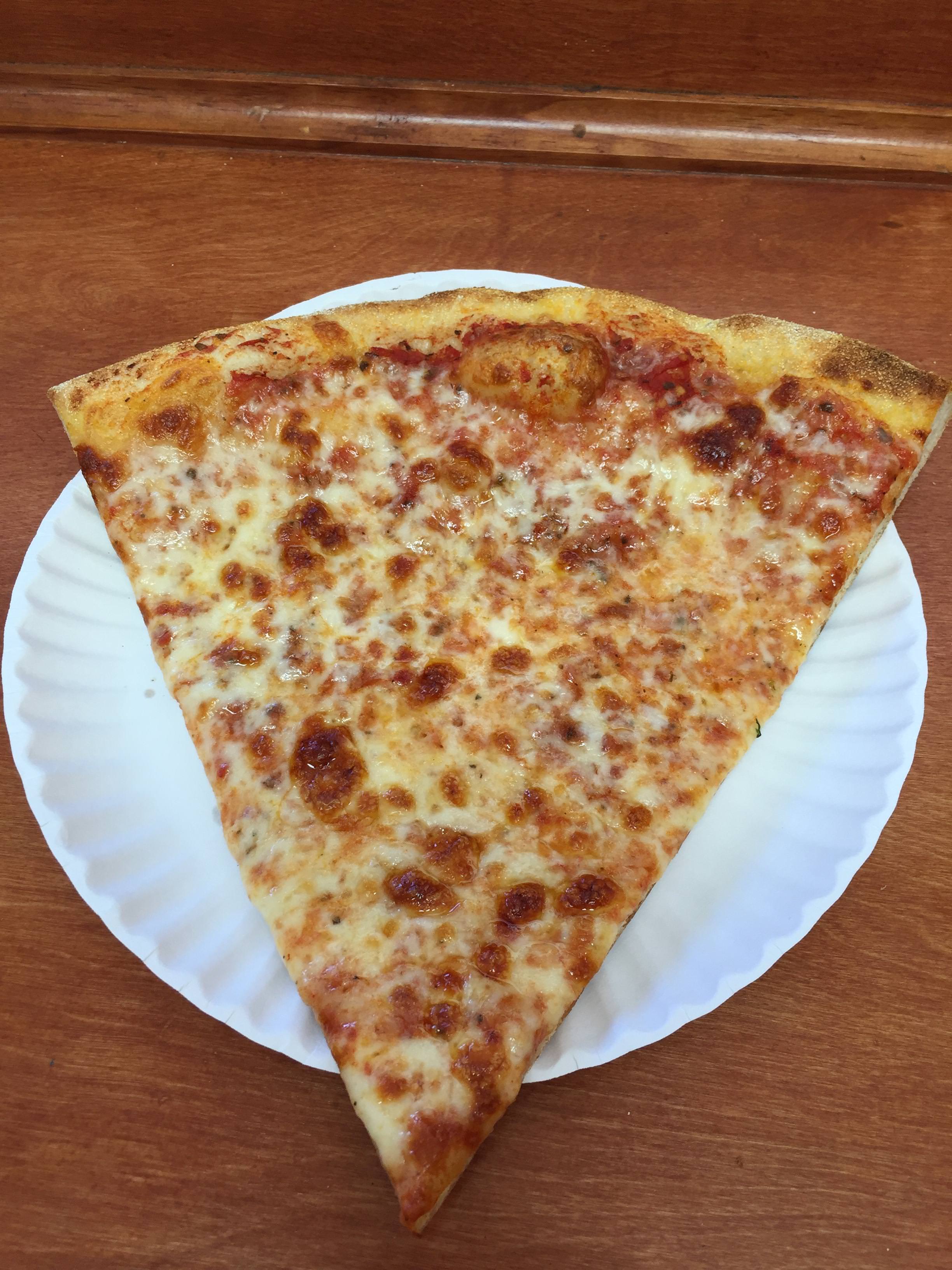 I found out later that they have a “lasagna pizza”, which has ricotta and ground beef atop the cheese and tomato sauce – completely missed it when I was looking through the case.  A cheese slice, though, is a good test of any unfamiliar pizzeria, especially one in NYC, and I thoroughly enjoyed mine.  It was, simply, what you’d want New York pizza to be.

Due to factors beyond my control, pizza ended up being for dinner as well.  Yummy Pizza in downtown Philly.  Unremarkable. 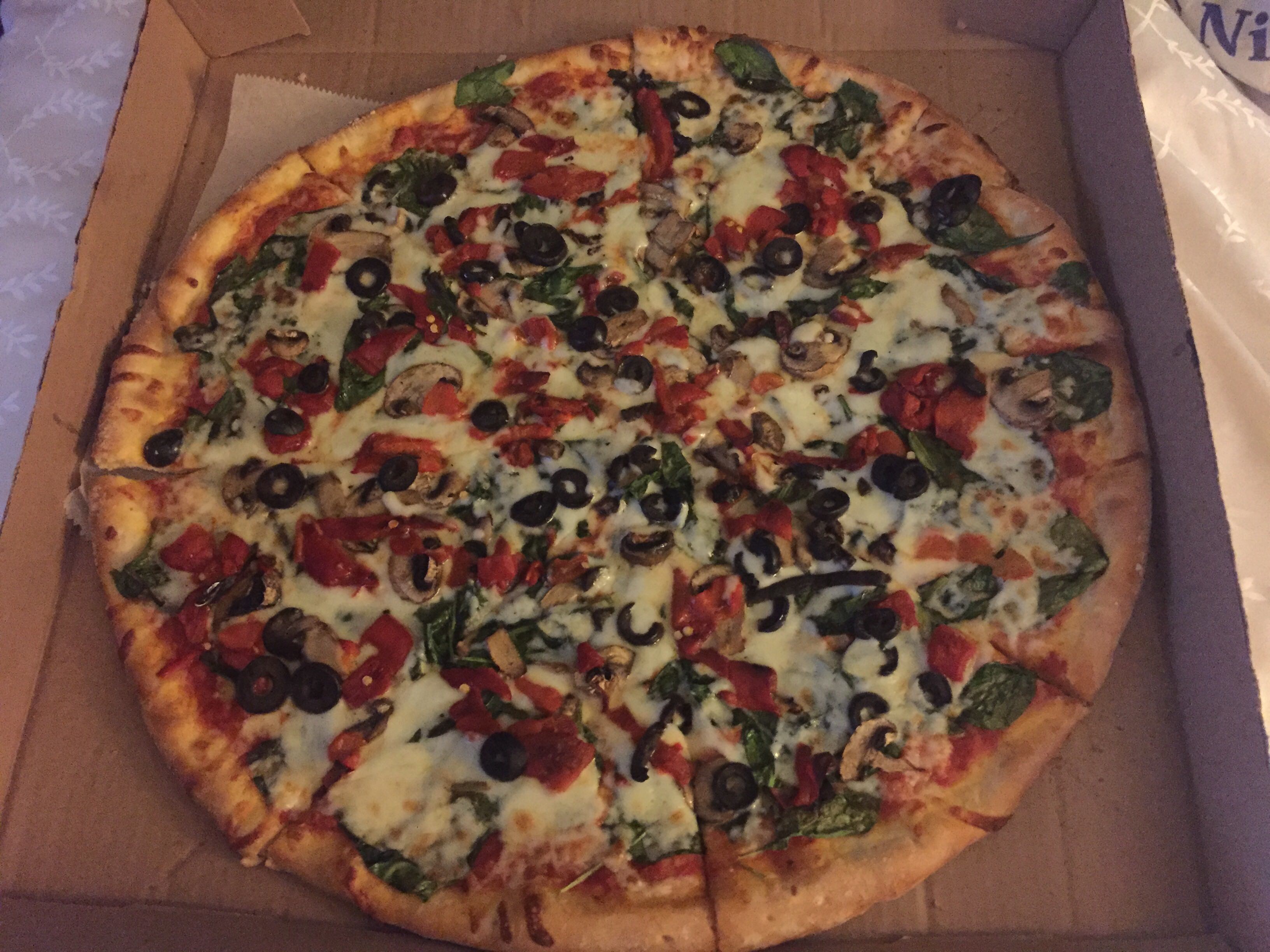 Breakfast at Day By Day the next morning was definitely a step up.  What you see here is one of their specials: rice topped with flank steak, kimchi, and a fried egg.  It all blended together as I ate and became reminiscent of fried rice, which is to say, awesome. 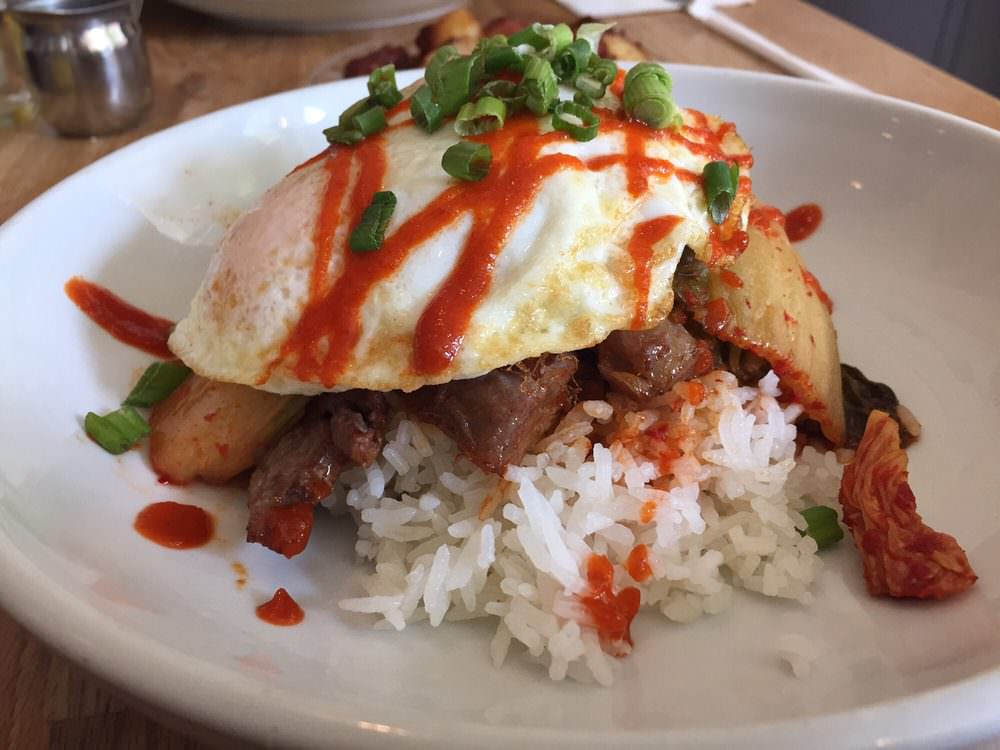 The home fries had rosemary and were very, very, very crisp. 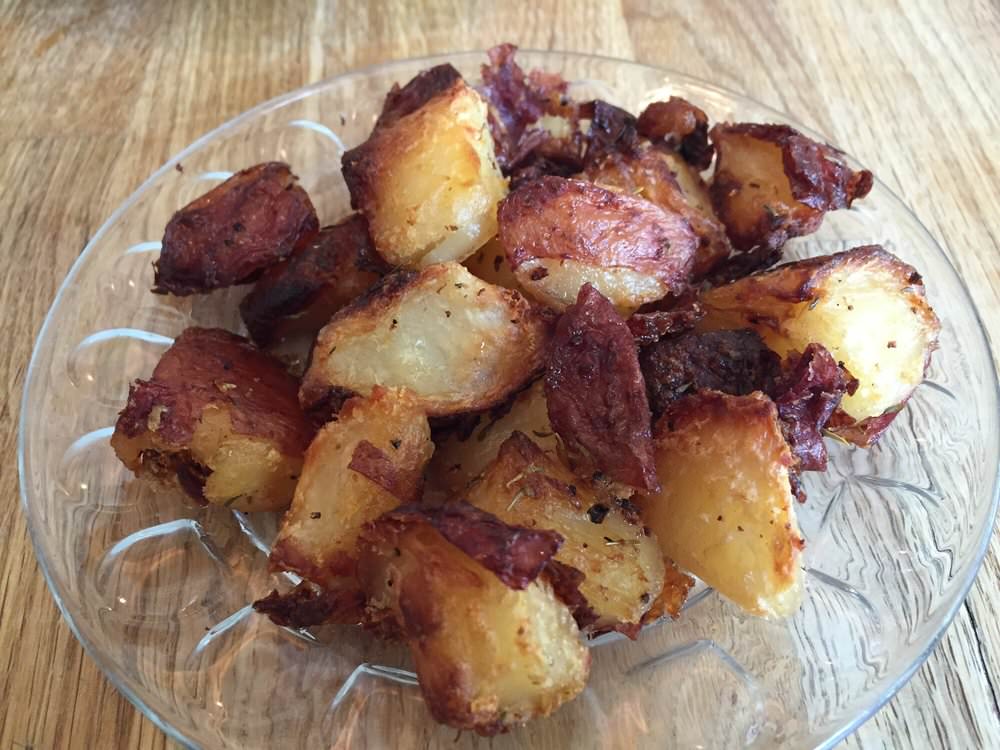 We were pretty full after that, but I was dead-set on seeing the Reading Terminal Market, even if I wasn’t going to stuff myself. 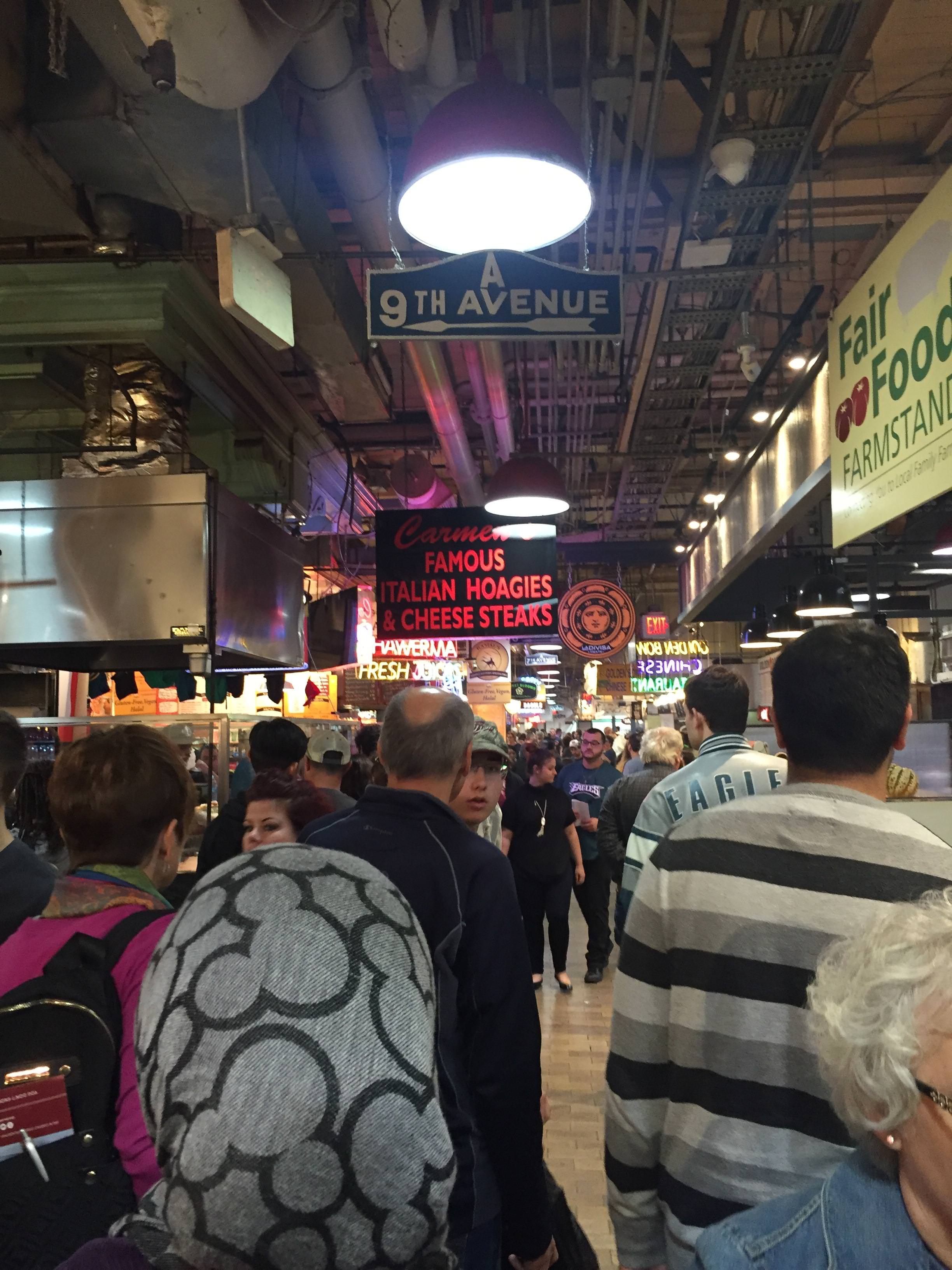 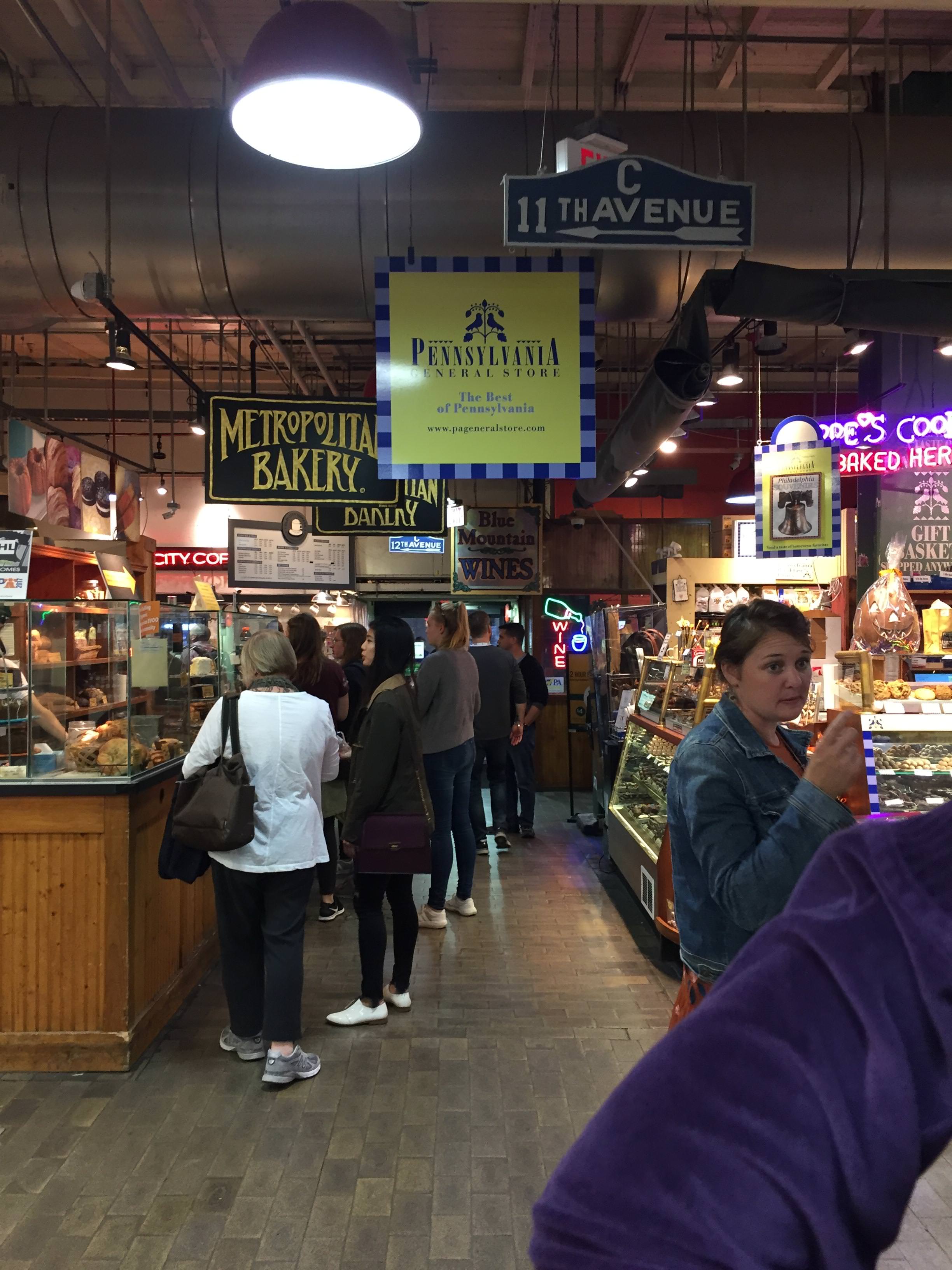 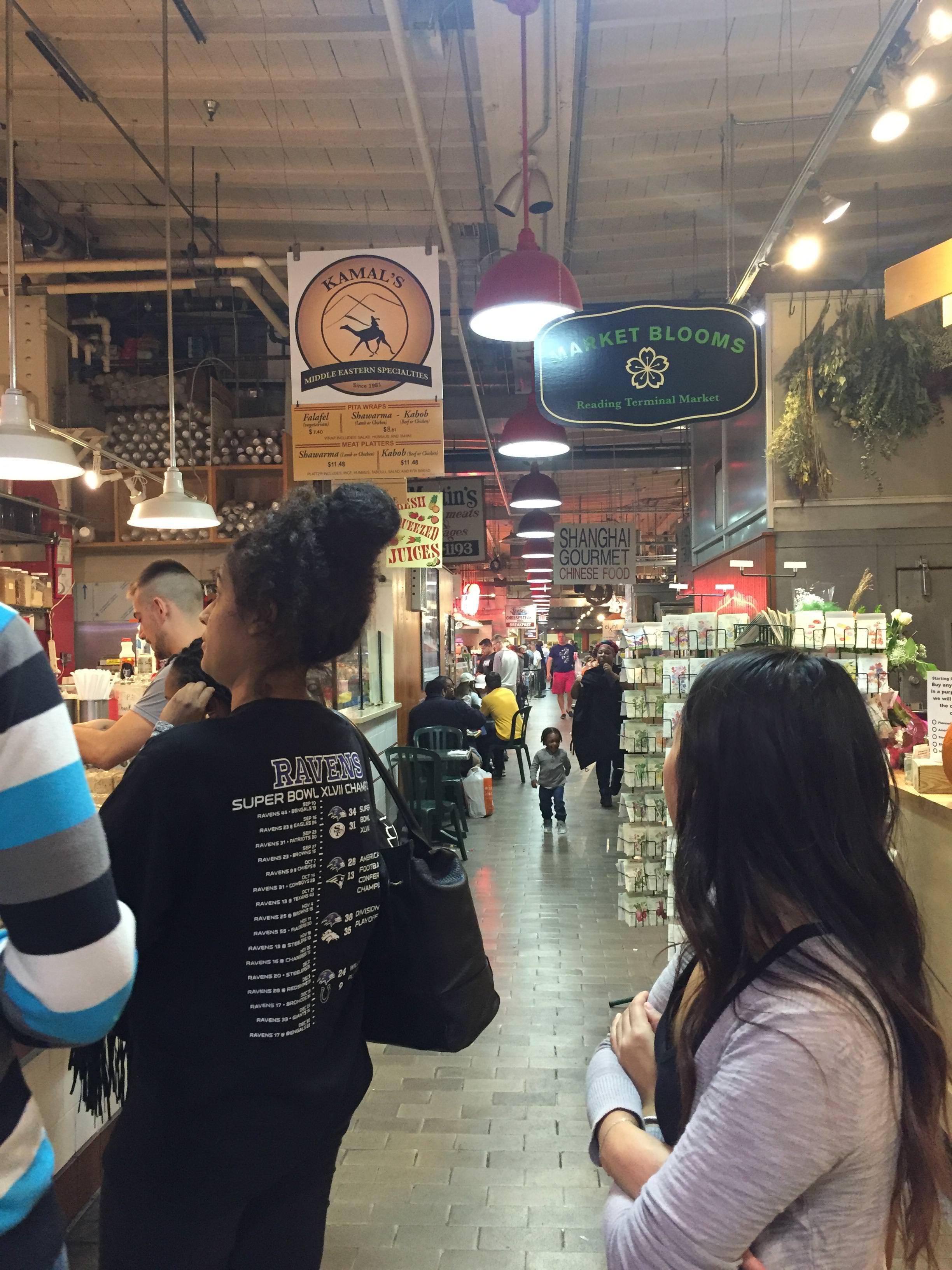 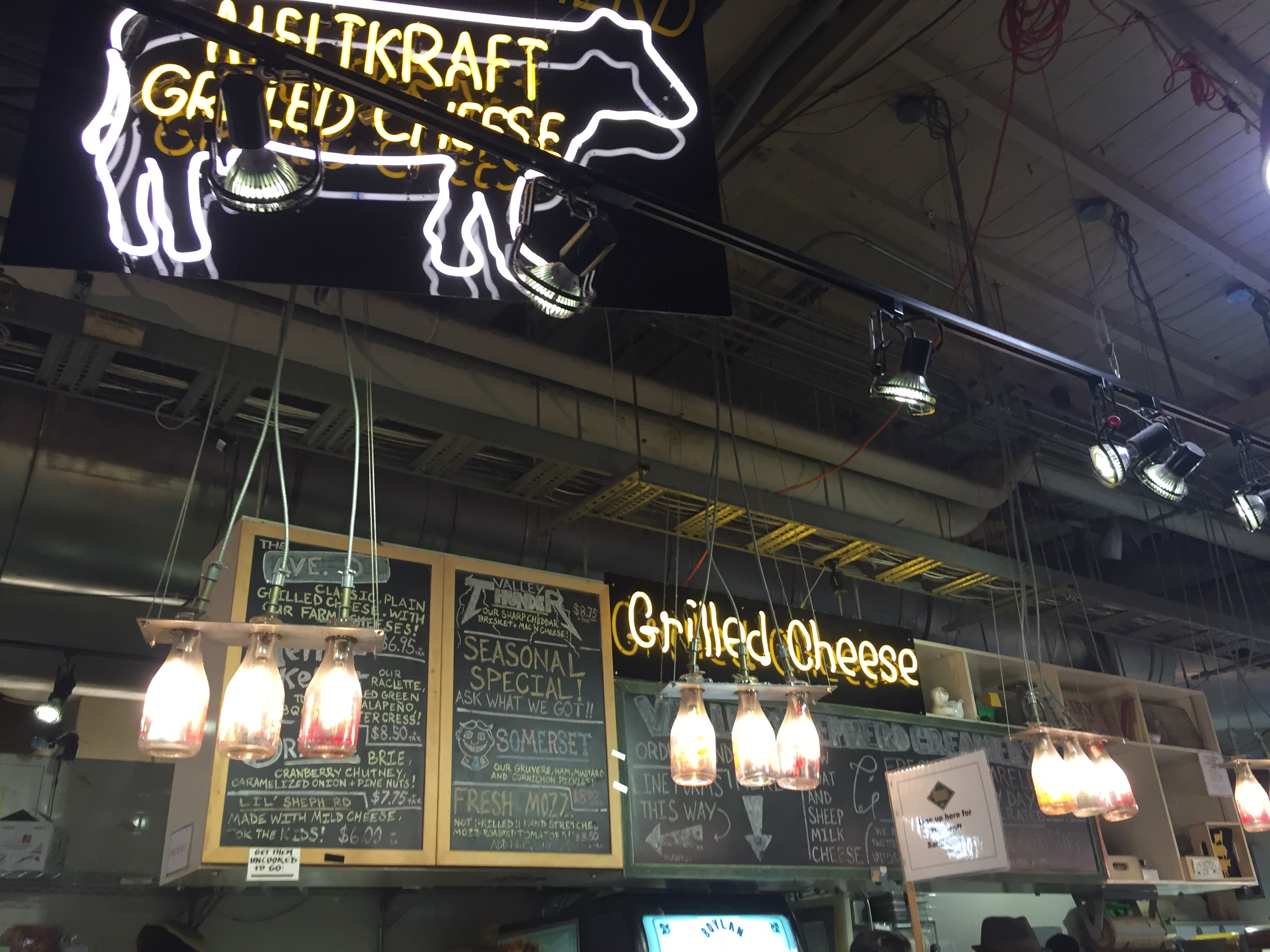 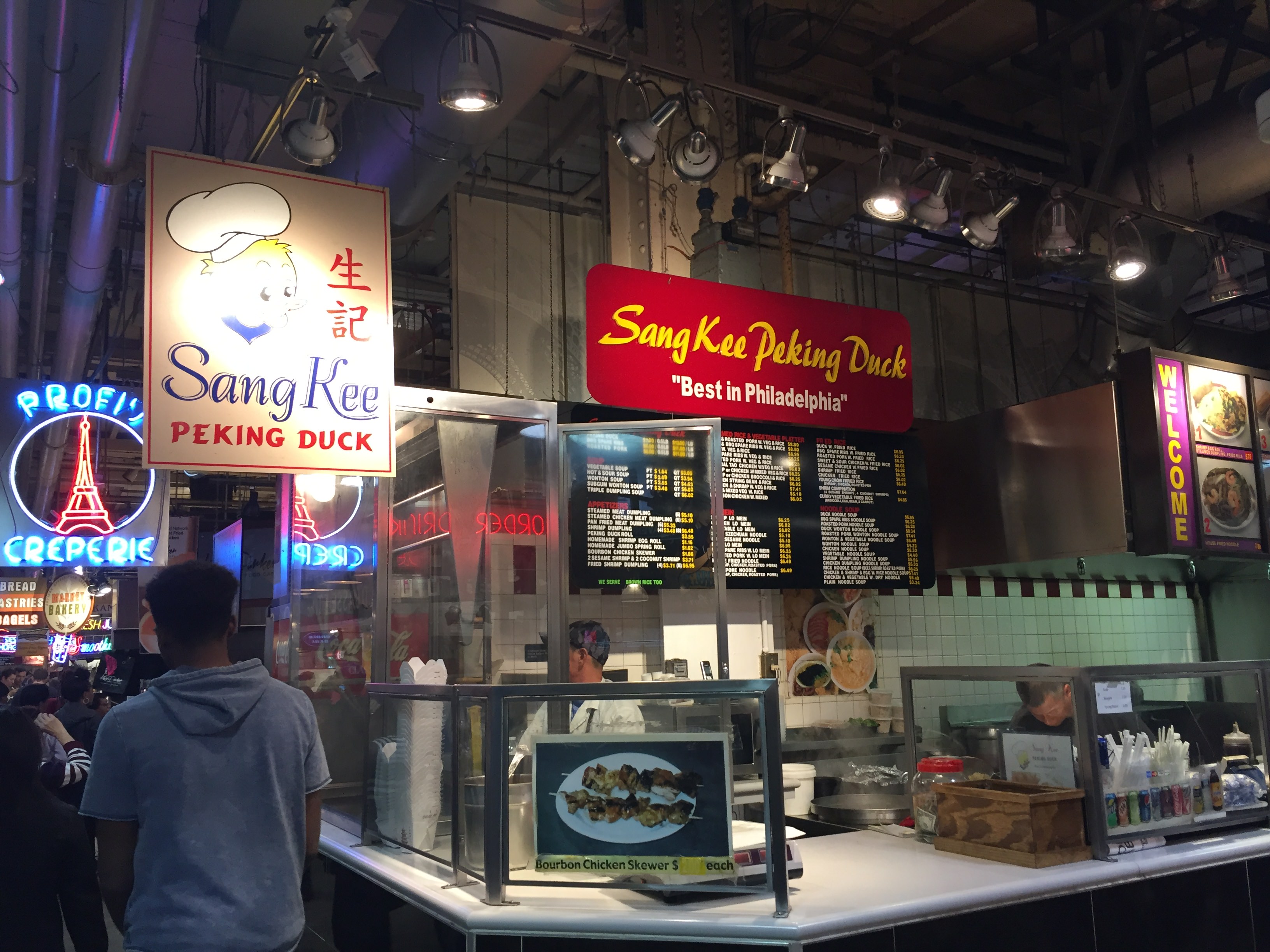 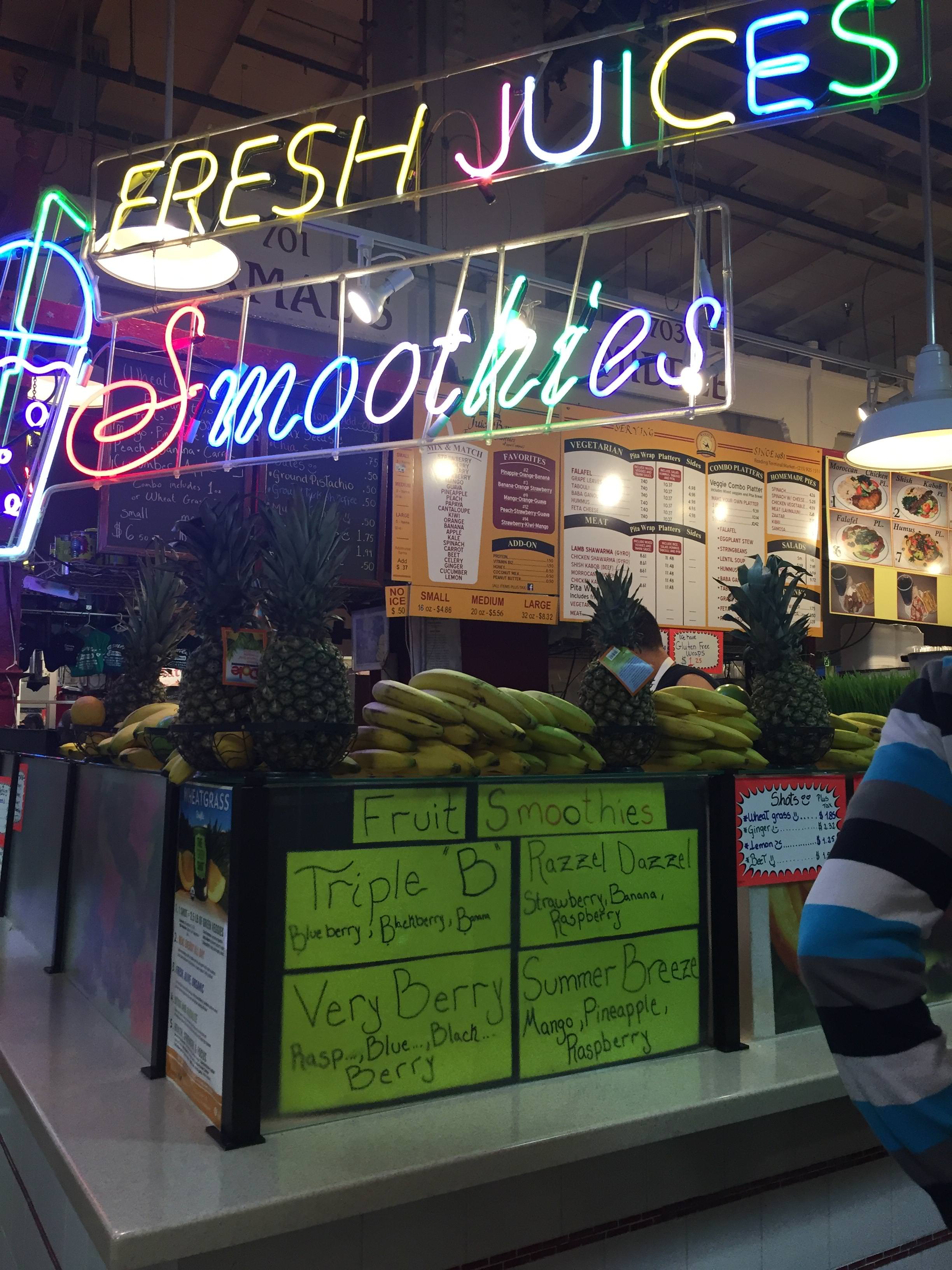 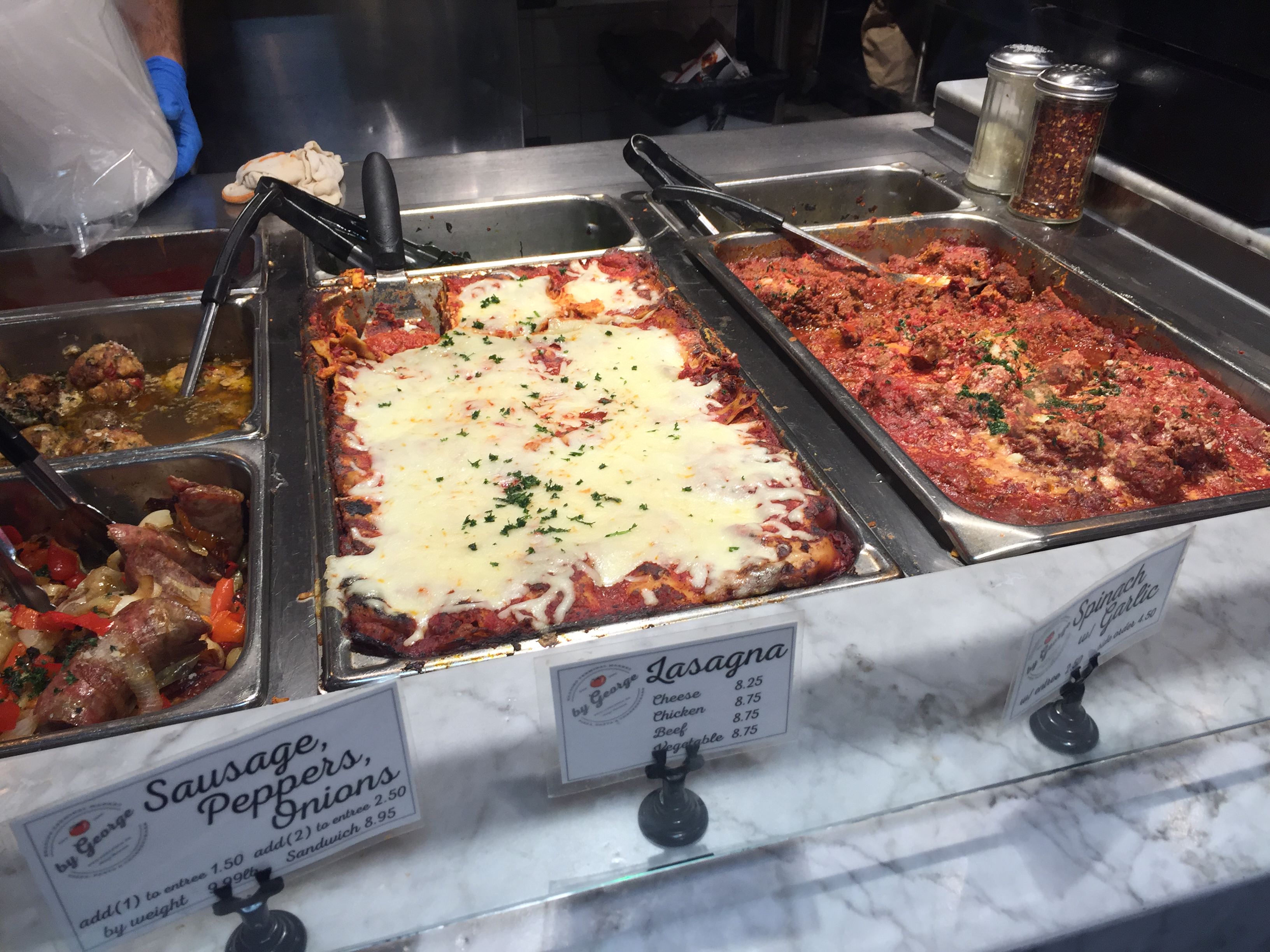 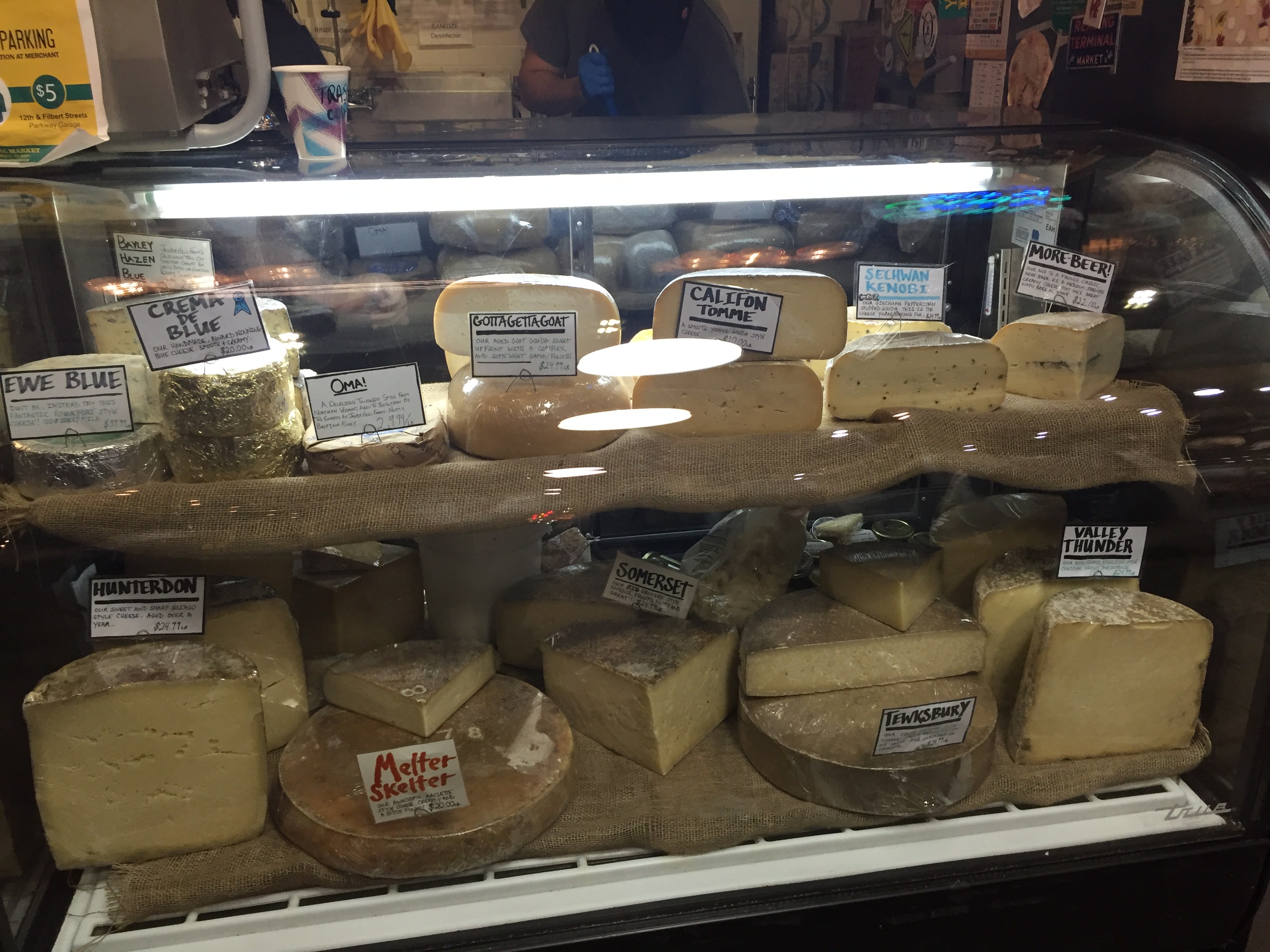 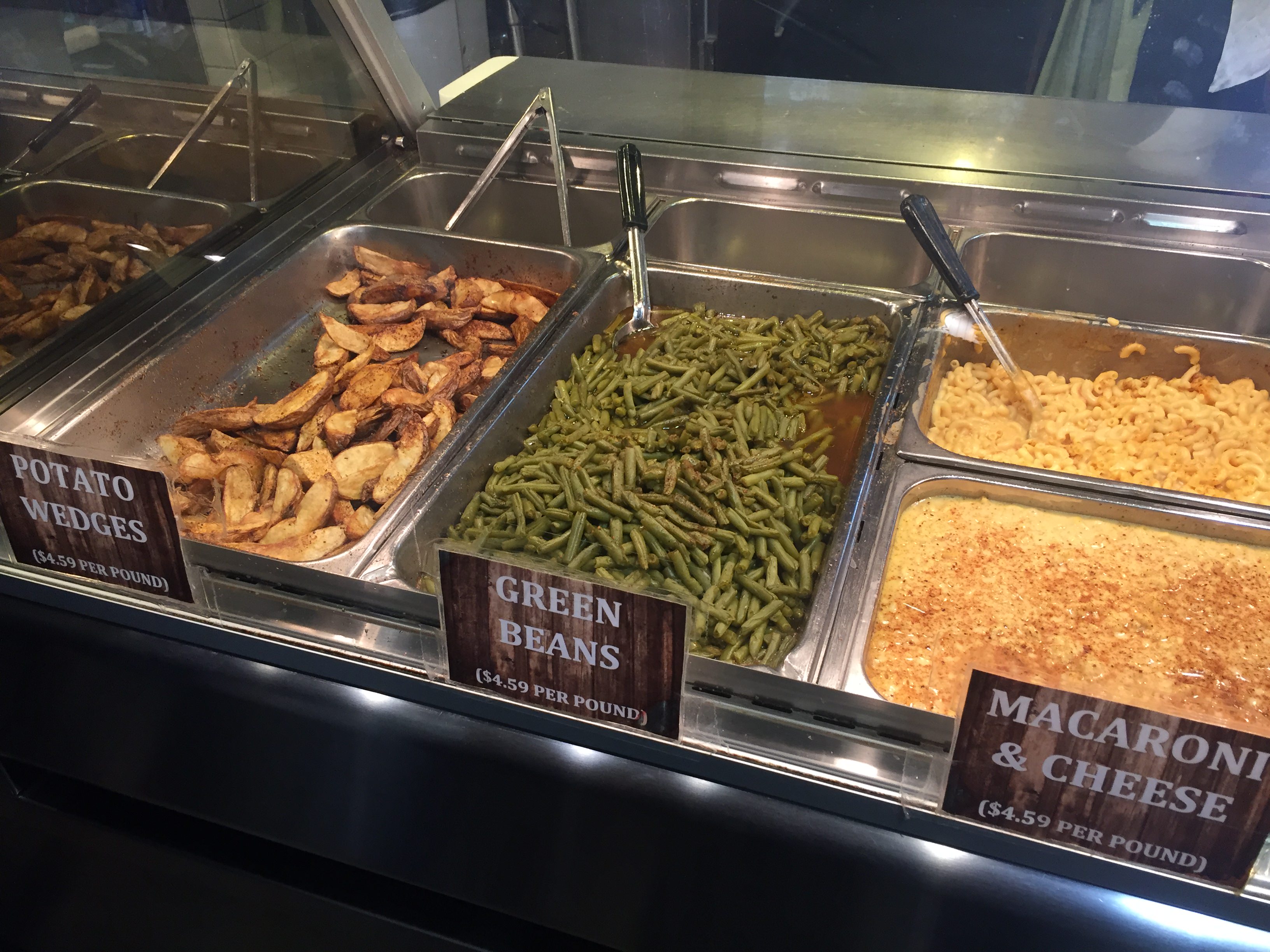 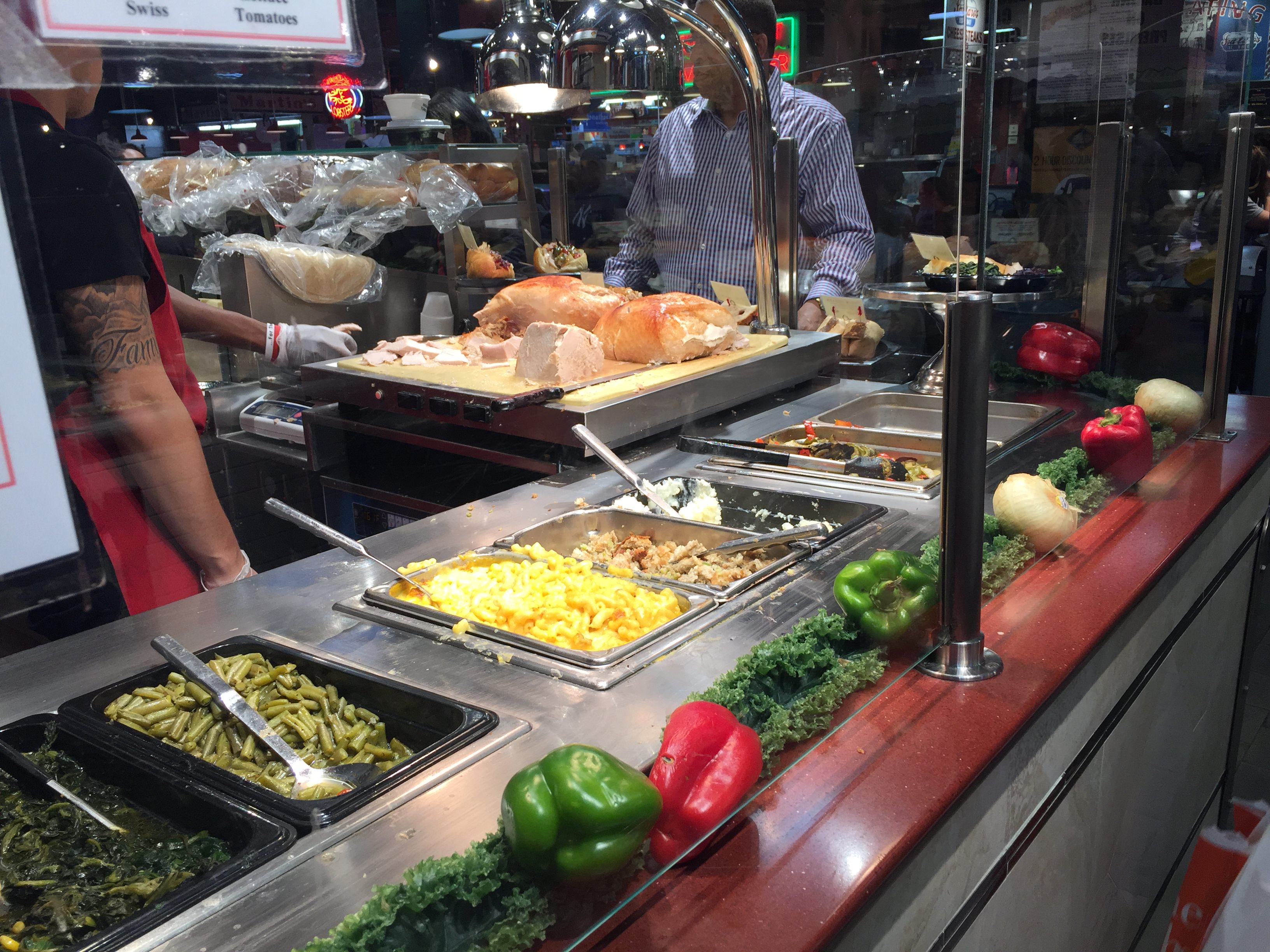 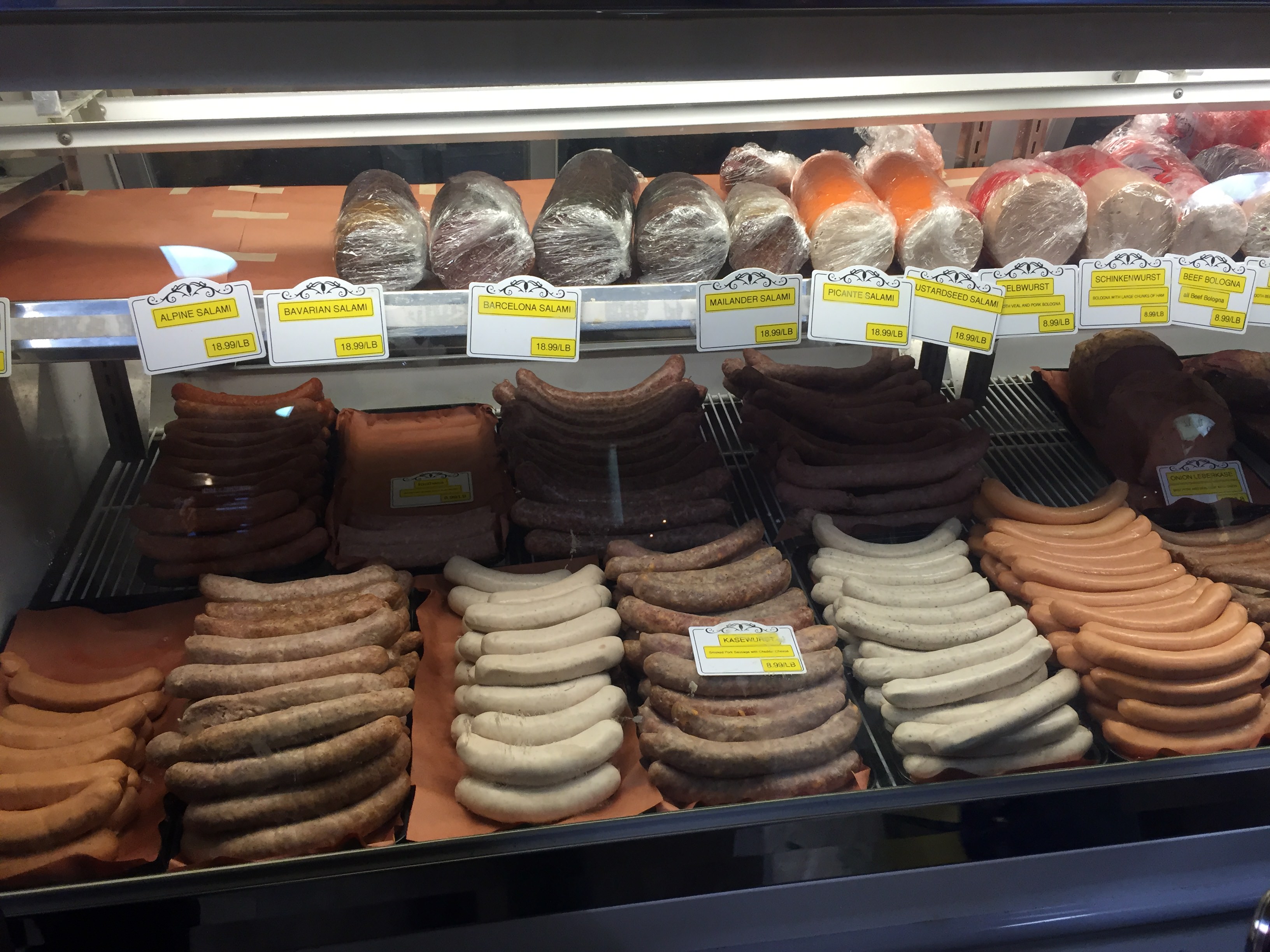 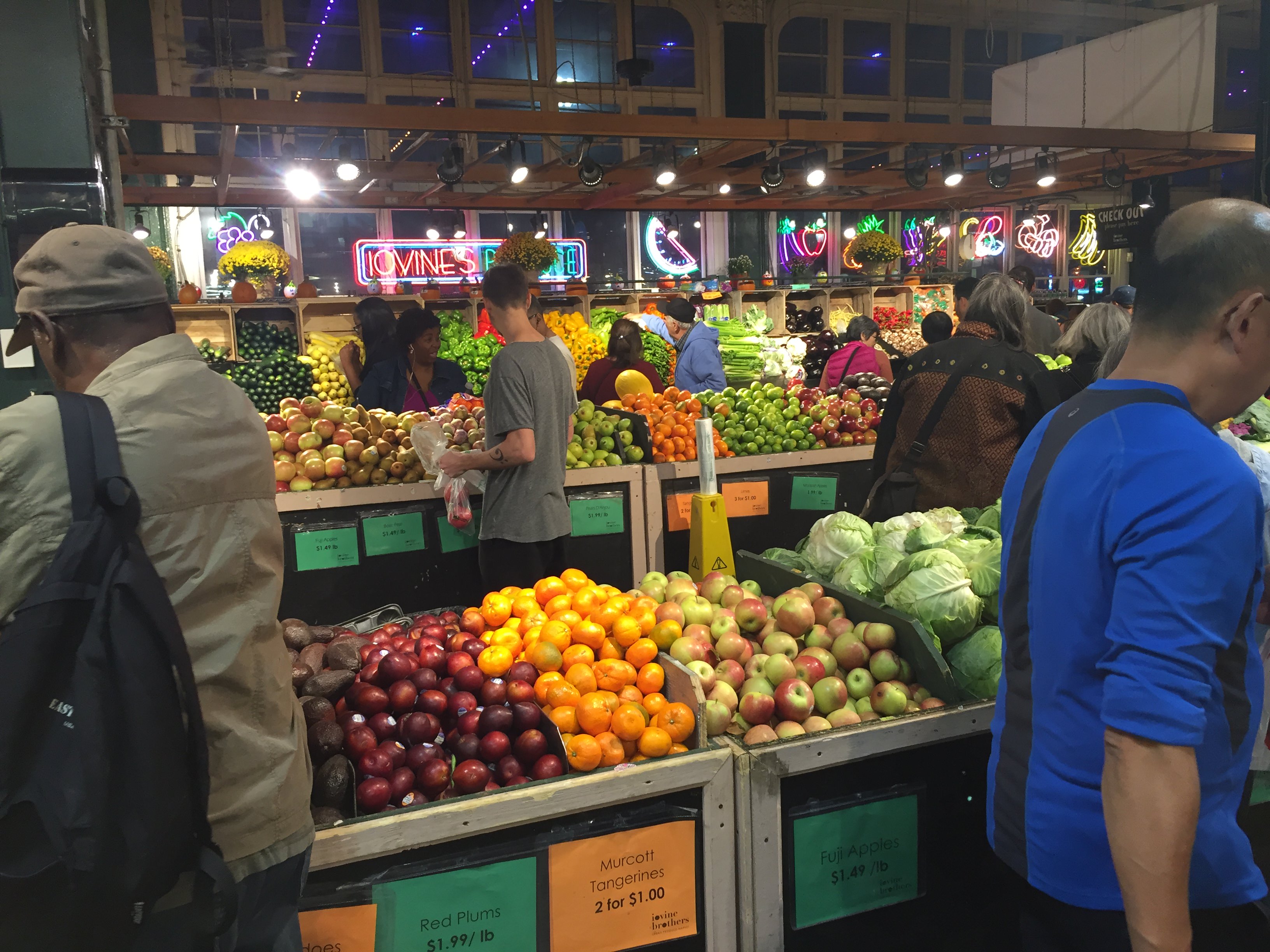 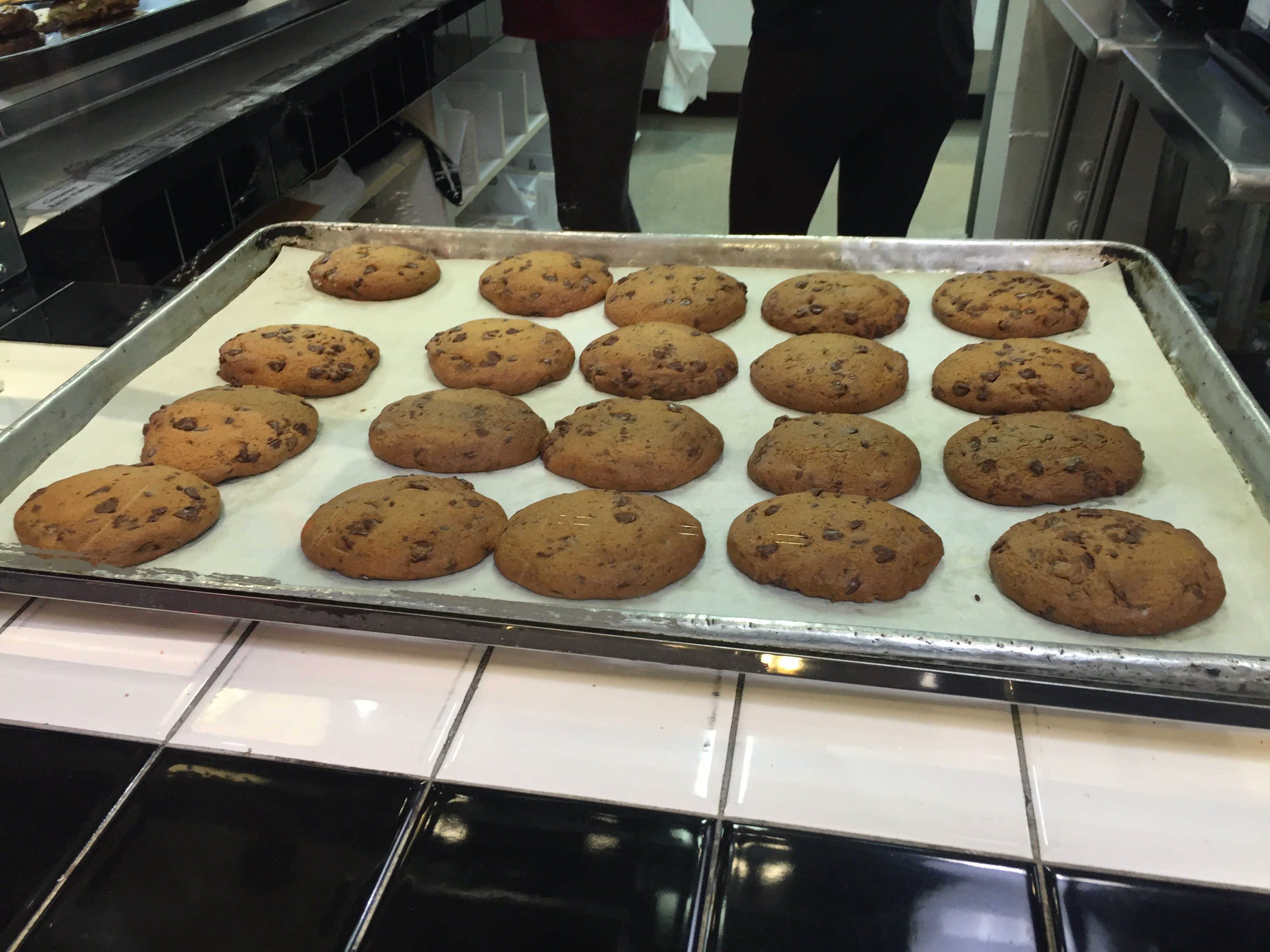 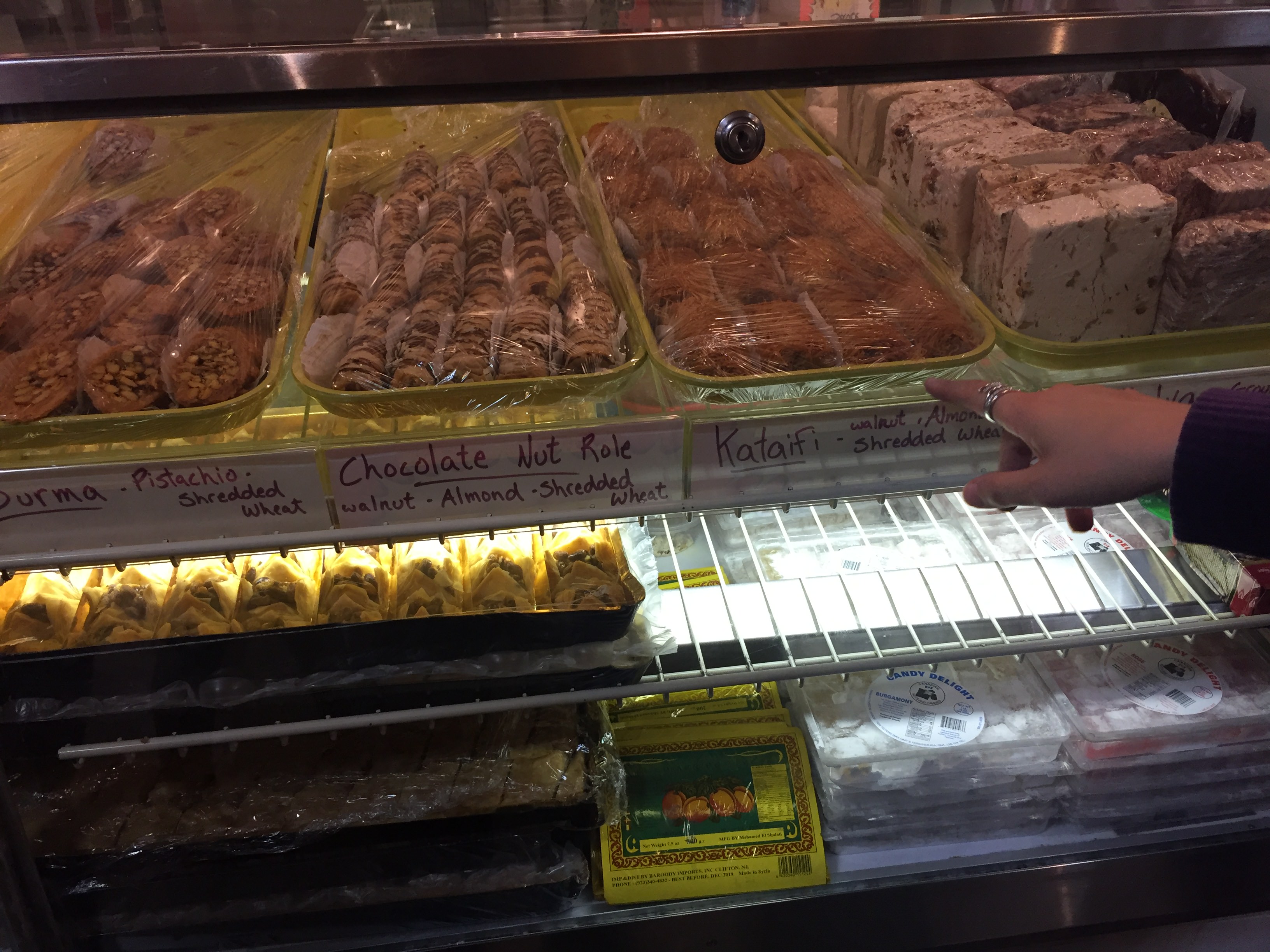 (I later had that kataifi at a Lebanese place in South Windsor, CT that was good that it honestly deserves its own write-up.) 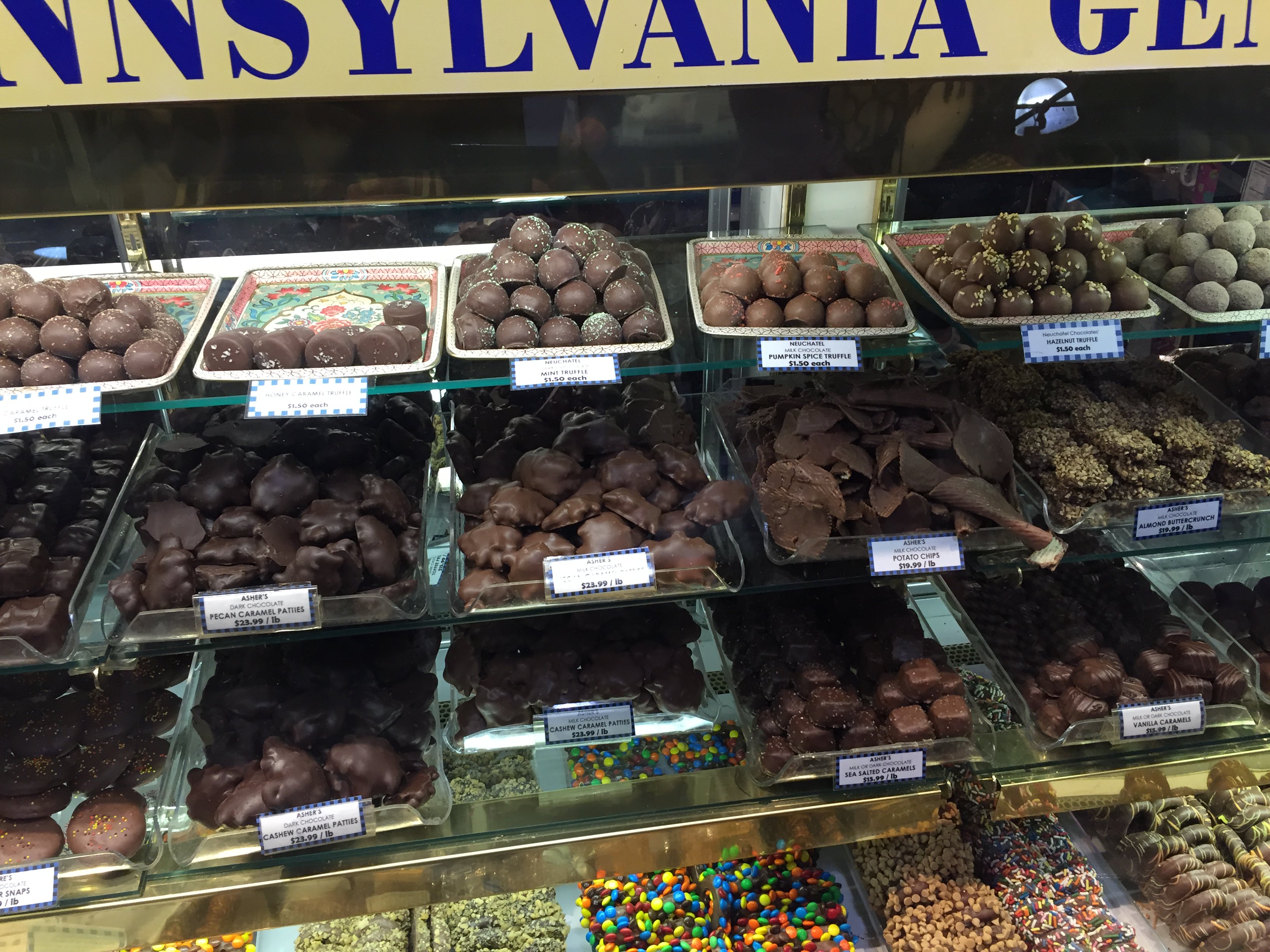 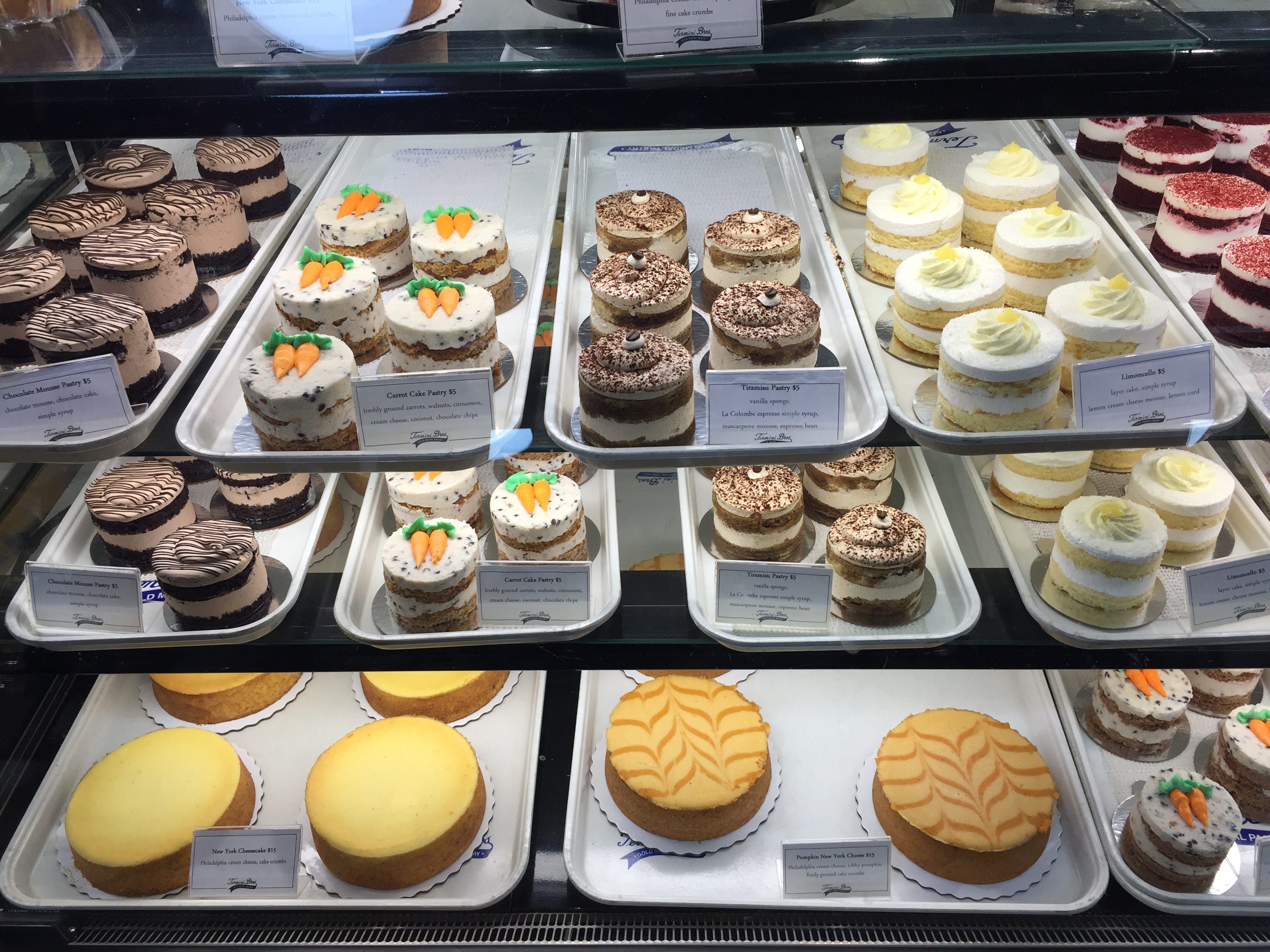 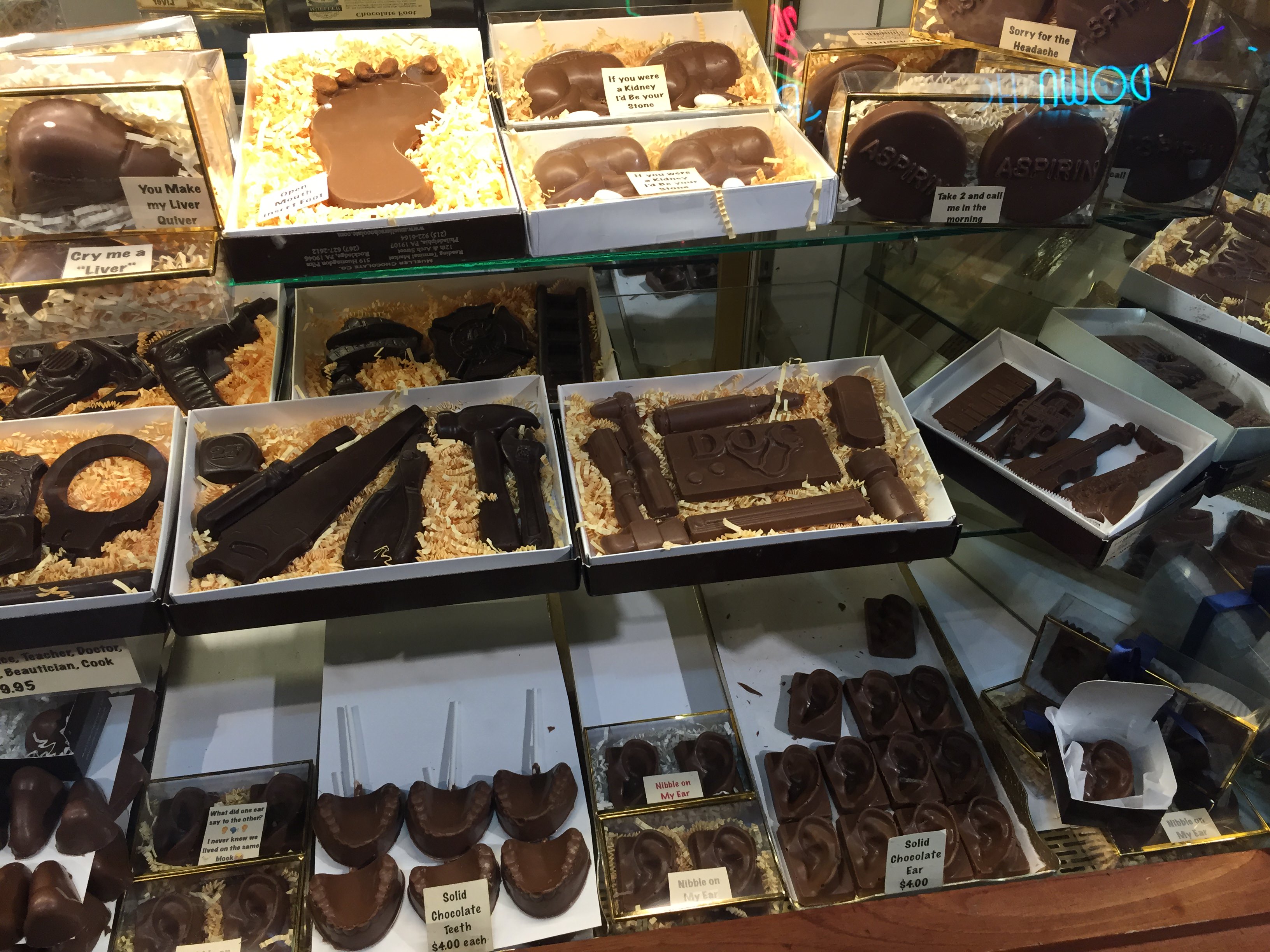 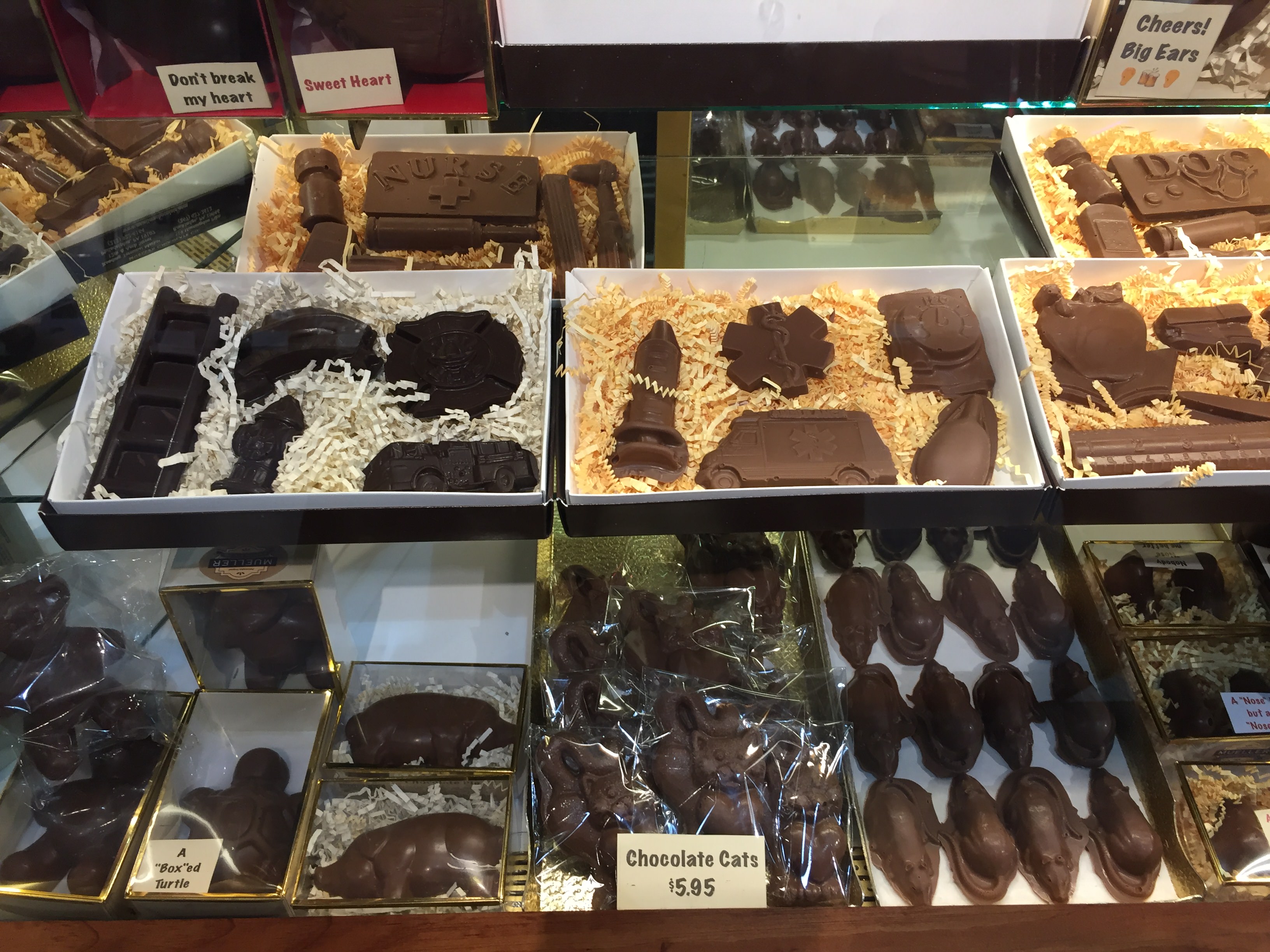 I insisted upon dinner at Pat’s King of Steaks, but it was a rather rushed affair, since we were on the verge of being late for the haunted house.  I forgot to specify onions and peppers on my cheesesteak, or to grab any of the pimento/cherry/whatever peppers that they had in a pile off to the side.

Still, it was good … 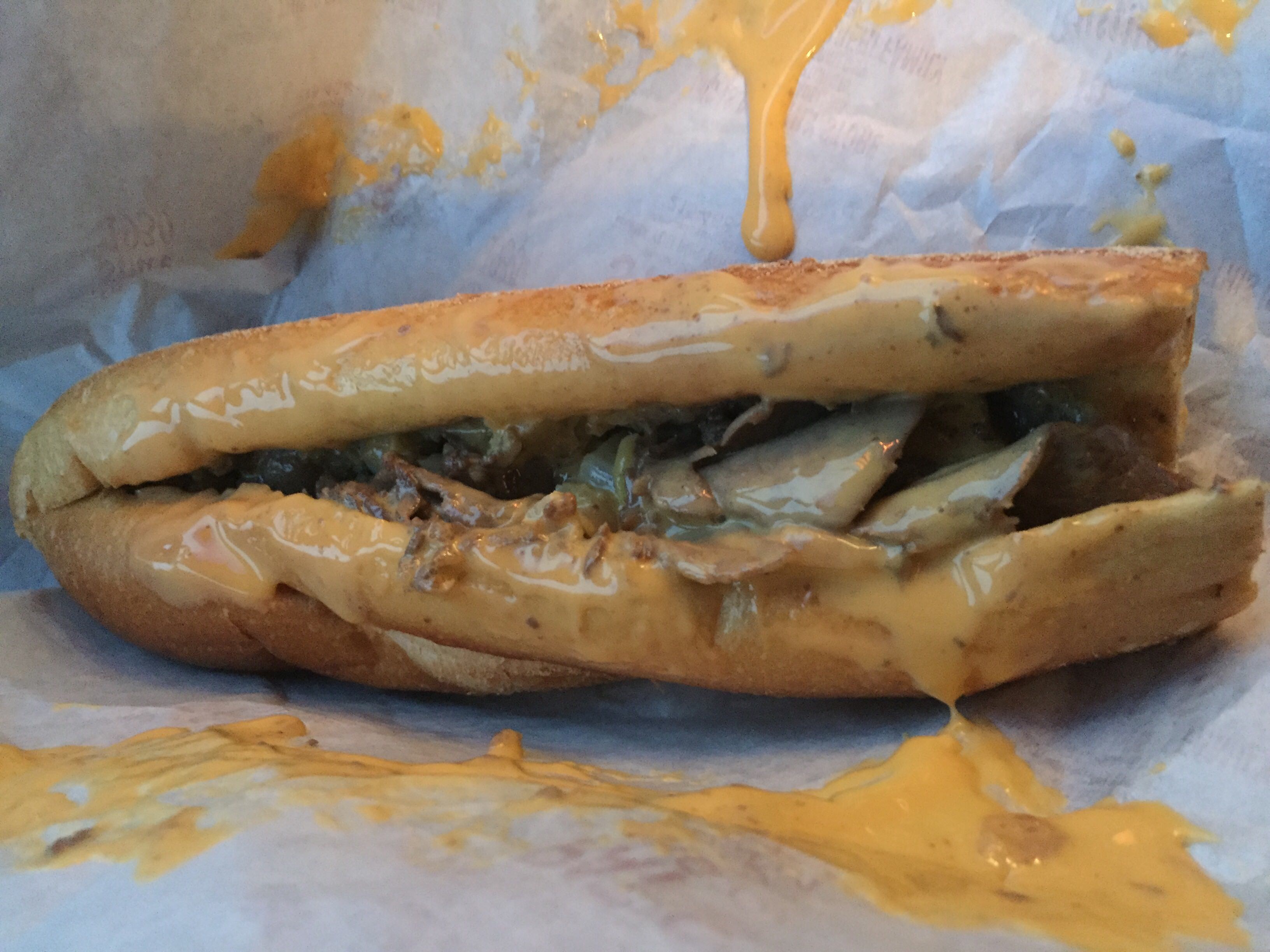 … if a little light on the beef. 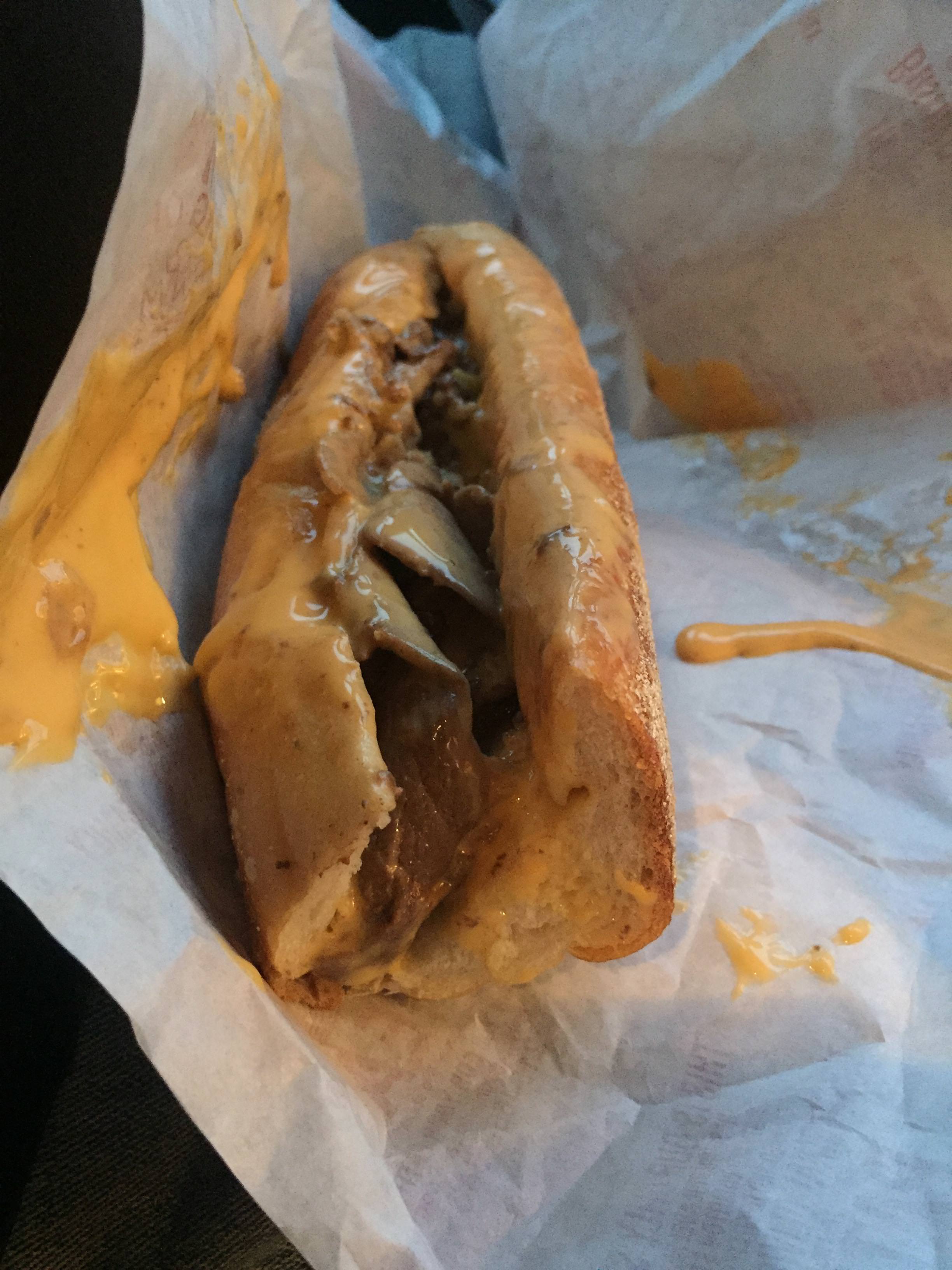 (That dripping Whiz really makes the first pic, I think.)  I appreciated the beef being thicker-cut and more substantial than the dry paperlike shreds that I’ve sometimes seen on cheesesteaks in Connecticut.  Still, I needed a do-over.

The Eastern State Penitentiary was a riot.  This was my only pic.  My voice was later hoarse from all the screaming. 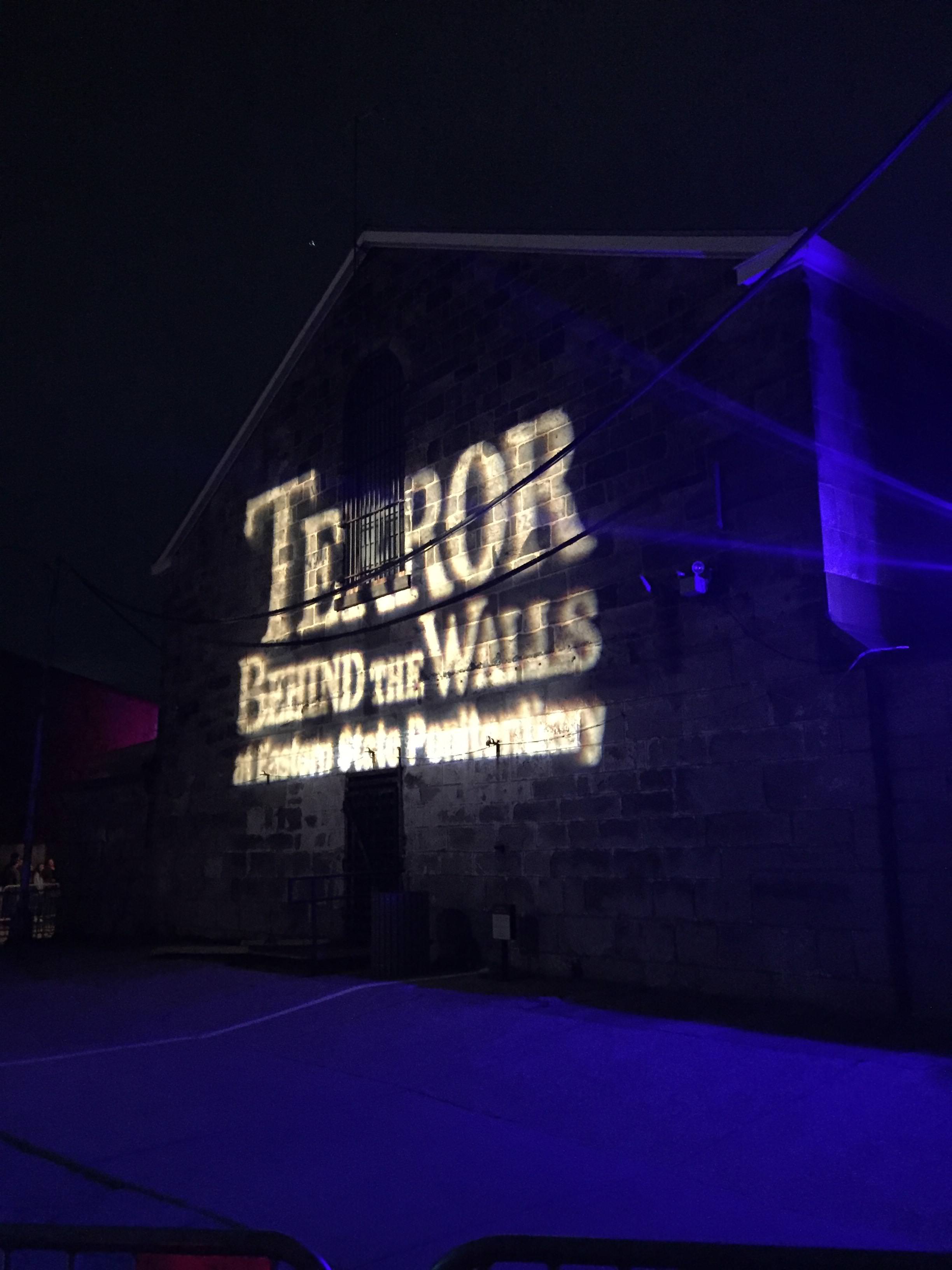 The next day’s brunch at Sabrina’s introduced me to something called “long hot” peppers, which are exactly what they sound like and evidently quite popular around the Philly area.  This sandwich had a chicken cutlet, spinach, provolone, and diced marinated long hots on a roll from Sarcone’s Bakery. 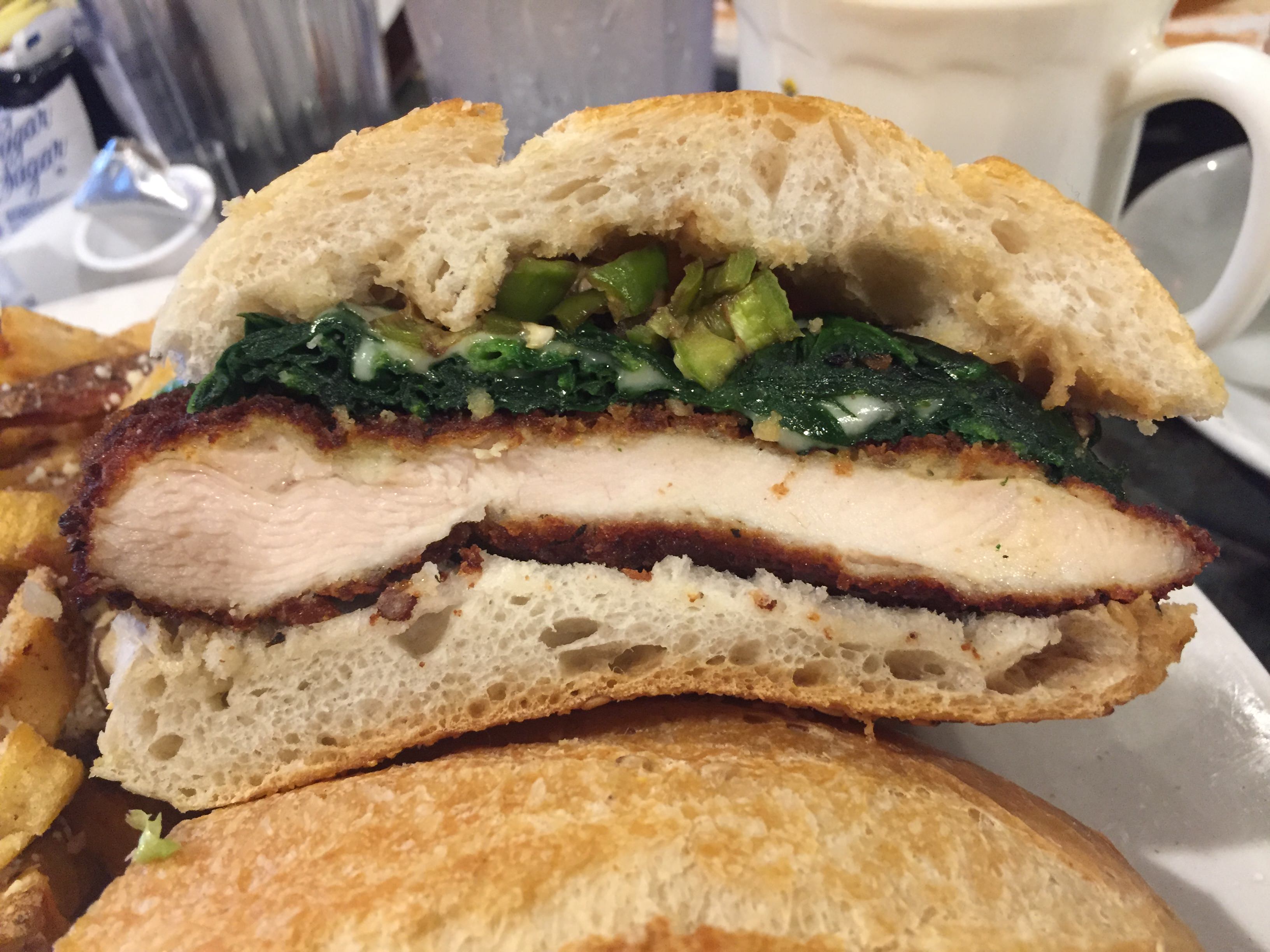 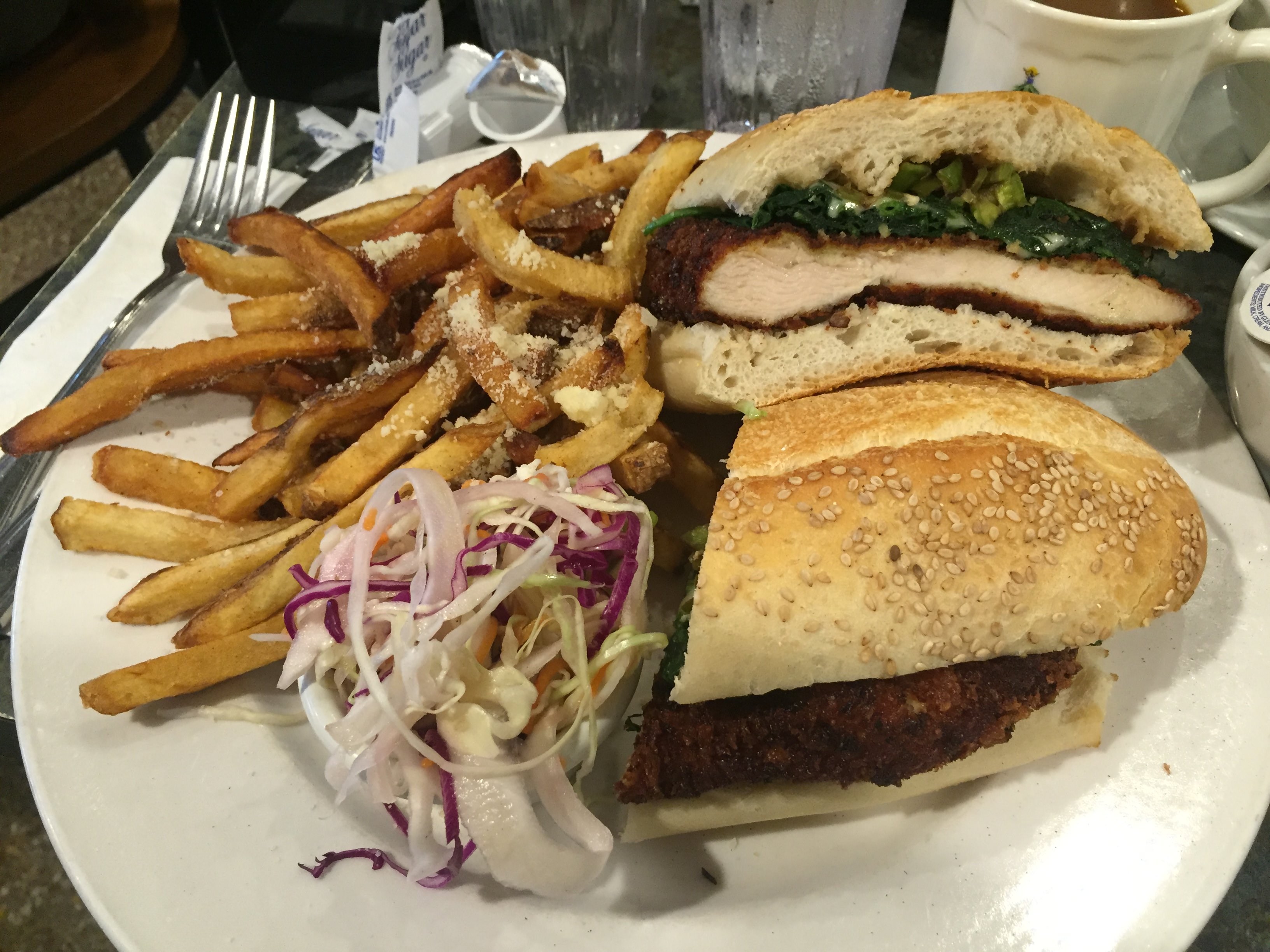