(apparently I’m not allowed to post more than one pic per post – tried editing to add another pic to the post above but no luck with that either). 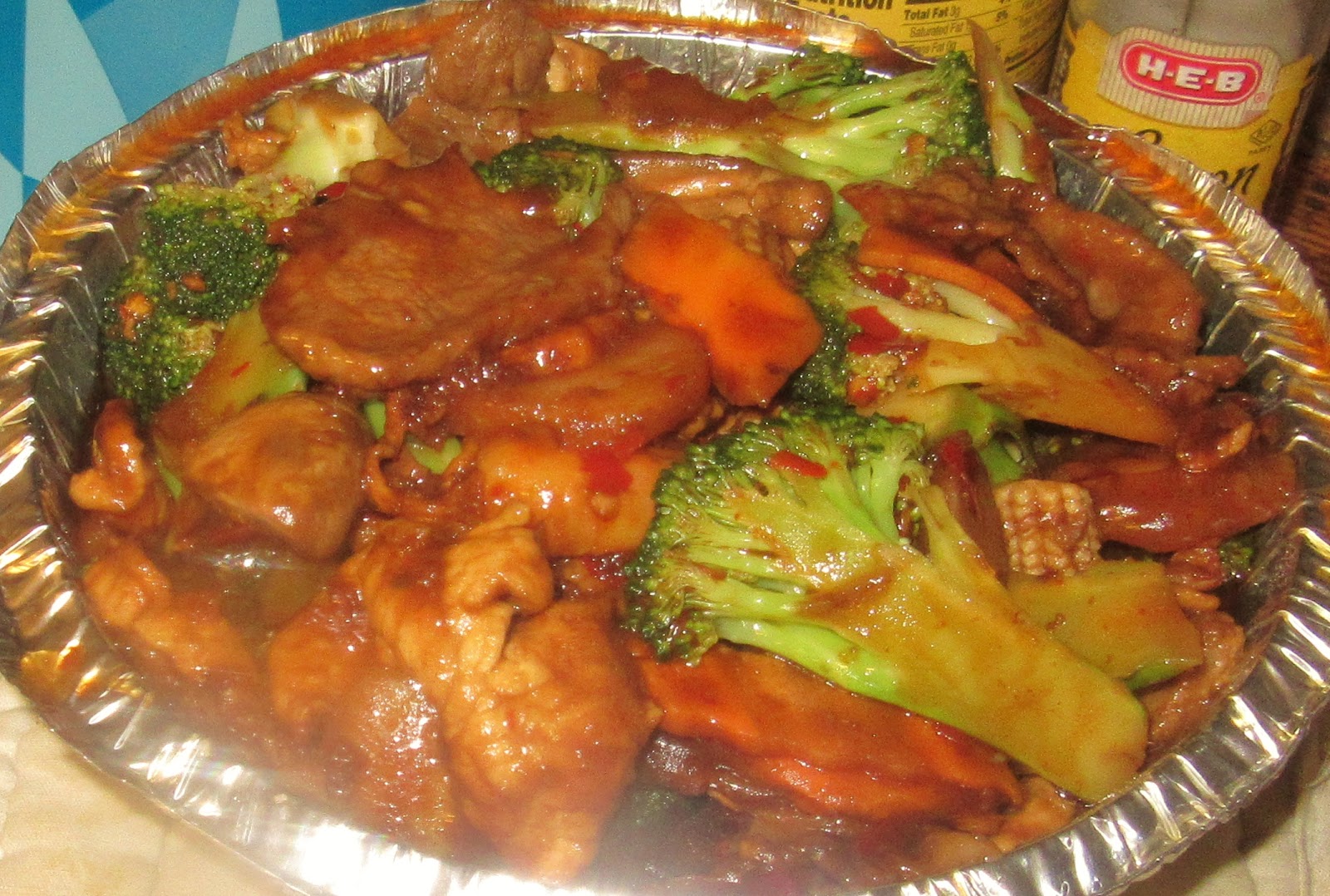 Hunan Delight – beef, chicken and shrimp with vegetables in a spicy brown sauce. Hmmmmmm, good. spiciest ‘brown’ (sacha?) sauce I think I’ve ever had. I also got a large wonton soup, which turned out to be a quart’s worth, 3 C of steamed rice, some fried wonton strips and I ordered fried pork dumplings which got steamed in the box on the way home.

I usually go to China House for their Teochow cuisine, one of the lesser regional cuisines of China, but their Americanized menu is very good, too. Two ladies, either mother/daughter or sisters, one of whom is very sweet (the other one has a somewhat less warm attitude about the people who dare to enter her premises). They do a good business from surrounding apartments, especially at lunch; many of their clientele are seniors.

I got three meals out of this, and with some of the rice, a dinner of fried rice another night. Also have made a big tuna melt with sour dough bread, Aldi’s skipjack tuna and Colby/Pepper Jack cheese and some scrambled eggs with pastrami – didn’t have any potatoes so I guess I can’t call it hash, huh?

And lots of sandwiches!