What To Eat in Mississippi

Barbecue, catfish, fried chicken, and meat-and-three meals all are Dixie-standard highlights of a Mississippi road trip, but the Magnolia State has banner dishes you might not expect. Throughout the Delta, well-spiced tamales are a vital part of local culinary culture – sold as appetizers in sit-down restaurants and as snacks from street-corner vendors. Here, too, you will find four-star steak dinners served in funky back-room eateries that have lured generations. Maranto's Corner is a gas station eatery in a desolate but welcoming Delta village. Fried chicken lunch is not to be missed. A roadside stand that boasts hot, fresh raised glazed and other creative expressions of the donut art. But the biggest draw may be Big Pappa’s hot tamales. The oldest (and most haunted) free-standing building in Mississippi is an atmospheric tavern with a chef-driven menu. Snuggled into the corner of a gas station near the intersection of highways 61 and 82, Fratesi offers Italian deli meats and Southern plate lunch. 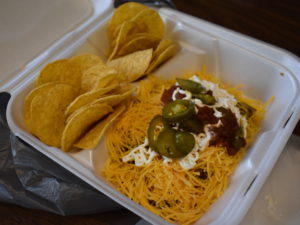 In the home of the blues many restaurants have a Lebanese heritage. Rest Haven still actually serves Lebanese dishes -- with a heavy Southern accent.