What To Eat in Alabama

Around the Mobile Bay, must-eats include the sweet local crab-meat specialty, West Indies salad, as well as fried crab claws and fresh oysters. Throughout the state, barbecue is noteworthy – ribs especially; and to the north be sure to look for white BBQ sauce, unique to the area. Deep South classics such as fried chicken, cream pie, and banana pudding abound in the cafes of Birmingham and Montgomery. And you haven’t fully tasted Alabama until you’ve had a kraut-topped chili dog at Mobile’s Dew Drop Inn. A north Alabama destination in Heflin just off Interstate 20, Marie's serves some of the best smoke-cooked meats and a cornucopia of Dixie favorite side dishes. For breakfast in Montgomery, Alabama, Cahawba House is a best best. Create your own biscuit sandwiches from top-notch ingredients. Lunch is served, too. 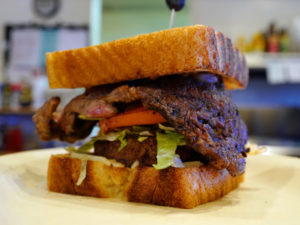 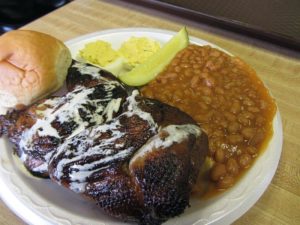 Cultivated juke-joint ambience and well-prepared BBQ fulfill Saw's intention of being an "upscale dive" in the Birmingham suburb of Homewood. Bob Sykes is one of Birmingham, Alabama's most esteemed BBQ parlors (since 1957). Fabulous pork, but do save room for meringue-topped lemon pie.