Where to Eat Along Idaho’s Pend Oreille Scenic Byway Eating by the Water

The Department of Transportation praises the byway around Lake Pend Oreille for its “abundance of recreational opportunities, postcard-quality scenery, and historical elements.” We like it for huckleberry pie, hearty diner breakfast, and four-star coffee. Here are our six favorite places to eat along the Pend Oreille Scenic Byway.

Restaurants in the Morning

For anyone looking for an excellent slice of berry pie, a corn beef hash or an expertly made cup of dark coffee, these three restaurants, one in Ponderay and two in Sandpoint, are fantastic spots to go at the start of your day.

Fantastic burgers sold out of an old trailer and a local dish called a “three sisters skillet” are perfect for lunch stops at the first two restaurants below. Take a look at the third option for dinner next to the water. A friendly Idaho panhandle cafe serving hearty breakfast and lunch, Di Luna's is a good choice for carnivores and vegetarians. A gleaming silver food truck parked at Sandpoint's Oak Street Court, the Old Tin Can is a jolly source of handsome burgers and hand-cut French fries. In this conscientious Idaho coffee house, expect a masterfully poured cup of coffee made from beans of the world, which Evans Bros. roasts on premises. Huge portions of such hearty fare as biscuits and gravy and locally made sausage distinguish the fine breakfasts for which Hoot Owl Cafe is known. Waterside grill and fine-dining restaurant, Dish is an Idaho Panhandle foodie destination. Bests: smashed potatoes, bacon, and anything with huckleberries.

Is there another dish as malleable as pizza It can be an utterly simple tomato pie – nothing... For adventurous seekers of Roadfood, a brief visit to Savannah can be frustrating There are... 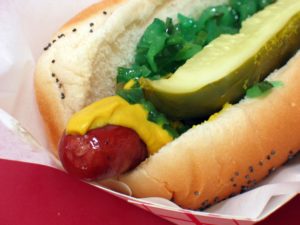 Aside from a couple of irresistible bakeries that make beautiful buttermilk biscuits – plain...